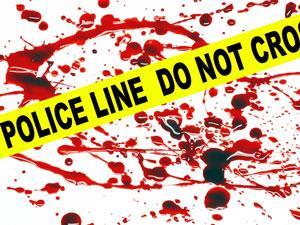 Blood found at a crime scene could give police an indication of a criminal suspect’s ethnicity there and then thanks to a new bioassay.

Biological samples recovered at crime scenes can provide vital evidence to identify, accuse and exonerate. DNA/RNA analysis techniques for profiling suspects are sophisticated, but usually require complex equipment. On-site analysis of fluids is mostly limited to simple identification of possible samples, such as bloodstains, which are then collected and transported to specialist laboratories. This creates undesirable delays for investigations, where time is often of the essence.

Work conducted at Clarkson University in Potsdam, US, by the group of Evgeny Katz in collaboration with Jan Halámek, now at the State University of New York at Albany in the US, analysed levels of two biomarkers, creatine kinase and lactate dehydrogenase, in the blood of people of Caucasian and African American ethnicity. The team then developed a bioassay based on a multienzyme/multistep biocatalytic cascade to amplify the differences in these levels. This bioassay could successfully distinguish the two ethnicities, in model and real human blood samples, as well as samples aged for 24 hours, emulating those found at crime scenes.

Katz says that that the group’s motivation ‘stems from their previous experience in biomedical research using bio-computing to process information by chemical means’. He highlights that the main advantages of this method are its simplicity, cheapness and immediacy.

Ashley Hall, a forensics expert at the University of Nebraska-Lincoln in the US says that this type of “biological eyewitness” would be a welcome improvement and could prove invaluable to forensic investigations. Igor Lednev, an analytical chemist at the State University of New York at Albany agrees that, as a proof-of-concept, this ‘opens an exciting opportunity for developing a simple, fully automatic method for on-site analysis’. However, he also cautions that other reasons for variations in blood composition and the question of mixed ethnicity need to be addressed.

Katz says that significant work is required to solve these issues and that the group aim to use other biomarkers to distinguish between gender, age and other characteristics. He notes that even fingerprint and DNA analysis took time to be accepted as evidence, so the same will likely happen for biomarkers, but in the future, it is hoped that analytical kits, much-like a pregnancy test, could be developed for use by crime scene investigators.