A cytochrome from scratch 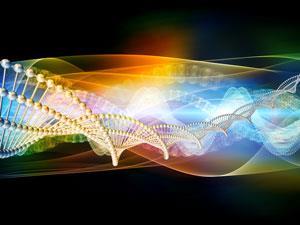 Artificial proteins could be closer to participating in natural biochemical pathways after UK and US researchers show that bacteria will process amino acid sequences entirely unrelated to any natural protein to produce a fully functioning cytochrome.

Anderson and colleagues have used a relatively new methodology called the maquette approach that lets them escape some of the complexities of natural systems to construct their artificial cytochrome. They begin with a generic protein sequence designed only to fold into a 4-helix bundle. Engineered elements are added onto the stripped-down protein chassis; the role of every residue in the amino acid sequence is defined and adjusted by altering critical residues.

Even though the protein sequence designed by the team does not appear in nature, the post-translational machinery of Escherichia coli will process the sequence to build the synthetic haem C cytochrome. The synthetic cytochrome was designed to have a displaceable histidine haem ligand that can be involved in oxygen binding. This functionality opens the door to processes ranging from oxygen storage and transport to catalytic hydroxylation being incorporated into artificial proteins.

‘The construction of de novo generated helical bundle protein assemblies has attracted much interest but the area has lacked the “killer punch” in terms of useful functionality combined with recombinant production and post-translational modification, a process that nature does so well,’ comments Dafydd Jones a protein engineering expert at the University of Cardiff, UK. Jones says this study has successfully tackled these challenges head-on. ‘Crucially they demonstrate their design can be adapted to enable its use for a variety of different and important potential applications, something that is not normally inherent to such a simple protein scaffold.’