Tests on mice, rats, rabbits and guinea pigs to stop harmful chemicals reaching humans were once a necessary evil. But such checks now seem embarrassingly old-fashioned, according to a report on toxicity testing from the US National Research Council (NRC), released in June (see link below)

The report sets out a vision for 21st century toxicology using alternative tests that are not only more humane, but are also faster, cheaper and more accurate than their animal counterparts. Some of these tests are already here. Spurred on by the expense of implementing Reach, the new European chemicals legislation which came into force in June, scientists have unveiled a swathe of non-animal alternatives within the last few months. 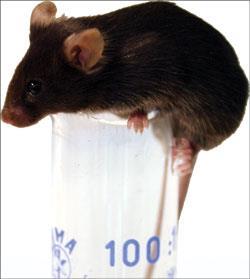 While this paradigm shift marks a radical improvement for toxicology, it is also highlighting the enormous drawbacks of existing animal models, and how overdue their replacements are.

Only ten per cent of the 10.7 million animals used in experiments across Europe every year are used to check the safety of chemicals. Most of the rest are used either for basic research, or for the R&D of medicines.

Safety testing of a drug or chemical is a laborious affair, often scathingly referred to as ’tick-box toxicology’. Testers run through a flow-chart of complications: whether the drug irritates the skin or eyes, mutates DNA, causes birth defects, or damages cells, for example. ’Toxicology at the moment is a patchwork job - whenever we see a problem, we add a patch to cover it,’ says Thomas Hartung, head of the European centre for the validation of alternative methods (Ecvam), which was set up in 1991 to evaluate alternatives to animal testing.

The patches are increasingly expensive and time-consuming, and they don’t predict toxicity very well. A bioassay to find cancer-causing agents, for example, takes 400 rats, five years, and €800 000 to conduct; but around half of the chemicals it finds guilty actually have no proven carcinogenicity in humans. That’s largely because humans aren’t rats or mice. According to Hartung, 30 per cent of pharmaceuticals fail in human trials because of a toxicological side-effect which didn’t show up in animal safety tests.

Human, not animal, biology is what toxicologists should focus on, says the NRC’s Toxicity testing in the 21st century: a vision and a strategy, commissioned by the Environmental Protection Agency. The vision for the future, explains Melvin Andersen, NRC committee member, is that toxicologists will understand the biochemical pathways causing toxicity in our bodies. In this perfect world it will be simple to design in vitro or in silico tests to see if a chemical is likely to disrupt any pathway, with toxic results.

This move towards mechanistic understanding is forecast to occur over the next 20 years or so, albeit with animals still needed to complement in vitro tests. And, the NRC admits, it is sure to meet with resistance from regulators already comfortable with an animal-based system. But combining human cell line tests with computer models and epidemiology studies could win the doubters over. 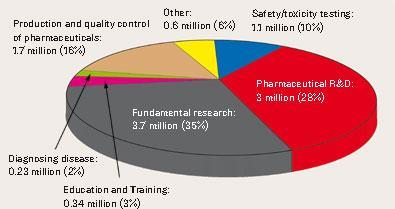 The purpose of 10.7 million animal experiments across the EU each year

Researchers are already creating vast maps of our cells’ DNA, messenger RNA, proteins, and even small molecule metabolites, and investigating the pathways between them. Dan Scott, of Unilever’s safety and environmental assurance centre, says his team is working with researchers at the University of California, San Diego, to develop a mechanistic understanding of skin inflammation. Unilever has created an ’interactome’ - one of the biggest in the world - showing over 55 000 interactions between thousands of proteins. With this tool they can examine, for example, links between the molecules involved in an irritant skin rash. Such sophisticated understanding is helping the company identify key markers of this important toxic effect. For example, they have found that one transcription factor is key to up- or down-regulating a host of apparently unconnected genes. Turning this understanding into a toxicity test will be the hard part, admits Scott.

"Toxicology at the moment is a patchwork job - whenever we see a problem, we add a patch to cover it" - Thomas Hartung, head of the European centre for the validation of alternative methods

Even without such detailed mechanistic knowledge, in vitro screening tests to catch mutagenicity and acute toxicity have been around for over 20 years. They were developed by the pharmaceutical industry, which needs efficient screening tests to help it spot potentially toxic drugs quickly and reliably. These screening tests have been shown to be at least as effective as animal toxicology tests. But that’s not good enough to suit the demands of resistant toxicology regulators, who hold in vitro assays up to far higher standards than traditional animal tests.

In Europe, it is Ecvam’s responsibility to prove in vitro assays can meet these standards. Its progress in guiding assays through the regulatory filter had been admirable but slow until a few years ago: pharmaceutical companies tended to keep their screening tests to themselves, rather than spend the effort making them good enough for a toxicology assessment. Now, says Hartung, 30 in vitro tests have been validated - 14 in the last 18 months - and 40 more are expected by 2009. What’s more, the new European Partnership for alternative approaches to animal testing (EPAA), launched in November 2005, has roped together 32 companies from the chemical and pharmaceutical industries, keen to share their knowledge with the European Commission and promote alternatives.

This sudden explosion of interest was driven by two pieces of European legislation which, ironically, will ultimately lead to an increase in animals testing over the next decade. The 7th amendment to the EU Cosmetics Directive bans the testing of cosmetics on animals by 2013, though this has already been banned in many countries. And the EU Reach (registration, evaluation, authorisation and restriction of chemicals) legislation, which came into force in June, forces industry to spend 3 billion euros reviewing the safety of over 30 000 chemicals in use across Europe. At least 8 million extra animals will endure chemicals toxicity testing.

It could have been much worse. Europe’s Joint Research Centre estimates that 38 million animals would be needed for Reach if scientists and industry, mindful of costs, hadn’t lobbied for regulators to move away from the old-fashioned tick-box approach and embrace both alternative methods and ’intelligent testing’ - where data are shared, tests can be waived if humans will never be significantly exposed to the chemical, and where toxicity can be predicted by comparing similar chemicals. 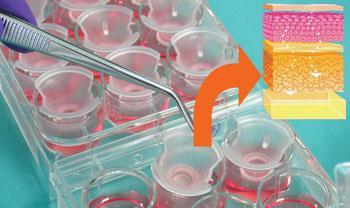 Ecvam’s animal replacement successes so far have included in vitro methods for mutagenicity, and acute ecotoxicity, while skin corrosion and phototoxicity tests have been taken one step further to worldwide validation by the Organisation for Economic
Co-operation and Development (OECD). A battery of other tests, covering various aspects of chemical and drug safety, have also been validated.

Computer models are further away from validation, says Hartung. Although they are used extensively by industry as screening tools to predict drug toxicity, only one software tool, Lazar, is currently being validated by Ecvam for regulatory use.

Some screening models propose combining in silico tests with in vitro assays. Next year Simugen, a company based in Cambridge, UK, will launch a computer program to predict the liver toxicity of chemicals, aimed at industry. The user is first asked to add varying concentrations of their chemical to human cell cultures: the molecular consequences of this exercise are then fed into Simugen’s program, which spits out a dose-response relationship of the chemical’s toxicity in humans.

Once a chemical enters the bloodstream, it is much harder to predict its toxicity with a simple in vitro test. ’How do you recapitulate in a test-tube the myriad of biocellular interactions which characterise responses in vivo?’ says Ian Kimber, who works at Syngenta’s central toxicity laboratory. Worse still, even if a chemical isn’t toxic, its metabolites may be - something that can only picked up in vitro by a system with the metabolising equipment necessary to break chemicals down.

Future artificial organs, made perhaps with human embryonic stem cells, could begin to meet this problem - though they won’t be too helpful if metabolites produced by one organ affect another. One early development along these lines is GreenScreen HC, launched this year by Gentronix, a Manchester, UK, company. The basic system uses human cells engineered to express a fluorescence protein that is linked to a DNA-repairing gene. The cells fluoresce bright green when exposed to genotoxic chemicals. As Richard Walmsley, Gentronix’s scientific director, explains, the assay is particularly accurate because it doesn’t falsely report non-carcinogens. But the company is already extending the basic test to look for chemicals which only become poisonous when metabolised, using extracts of liver (currently from a rat) to mimic metabolism.

For toxicology purposes, these animal replacement models are some way off. Eighty per cent of the animals required for Reach legislation will be used to test reproductive, chronic or acute toxicity, which can involve the whole human body. Here, reducing the number of animals used is a better short-term option than replacement. Cutting the reproductive toxicity test from two generations of animals to one generation alone will save 13 million animals under Reach, Hartung points out.

The European Commission is addressing these tougher problems by funding five year projects such as ReProTect, which aims to investigate chemical effects on the reproductive system by developing a battery of tests for key areas including fertility, implantation, and prenatal development. Similarly, the ACuteTox project plans to mesh together a battery of existing in vitro tests for acute toxicity, ready to begin regulatory validation in 2009.

Still, Hartung can’t see chronic toxicity tests being replaced any time soon, and it’s undeniable that Reach will create more animal testing, despite scientists’ best efforts. But the focus it has given to industry and EU investment means that in the long run, toxicity testing is likely to be transformed - and both humans and animals will
benefit.

Europe’s Joint Research Centre has played a significant role in developing Reach legislation and is at the forefront of the drive to develop alternatives to animal testing.