Oxford research moves out of the lab

Ben Davis and his group at the University of Oxford say their method will help to ’unleash a new era of unnatural proteins’, as the chemistry they have developed bypasses some of the limitations of genetic engineering techniques.

The team are licensing the patented technique to industrial users through the university’s technology company, Isis Innovations. 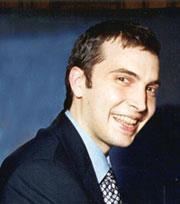 Ben Davis, of the University of Oxford, UK

Researchers have been modifying or redesigning proteins to create artificial variants for decades, in order to make synthetic probes for biological systems, or to improve the efficacy of drugs. But doing this via chemical reactions doesn’t usually give precise, selective modifications.   ’Almost all the methods that people use for precise, site-selective alteration of proteins are genetic, but this can be very limiting in terms of the changes you can make to the protein,’ Davis explains. ’If you can do it with chemistry then, in theory, you could put anything you like into the protein.’

"This kind of chemistry will help unleash a new era of unnatural proteins" - Ben Davis, University of Oxford

The ultimate aim, says Davis, is a system where people who aren’t skilled protein chemists can take reagents off the shelf to modify proteins at specific sites. ’We are determined to find reactions that go to completion and are selective, not giving a mixture of products or working at one site and not another,’ he says.

The key to the new technique is the amino acid cysteine, which the Oxford researchers convert to form reactive groups that don’t interfere with the rest of the protein. ’Cysteine has been used for alkylation for decades, but its differential reactivity allows us to change it into some other group that allows more selective chemistry,’ Davis says. ’A lot of traditional organic chemistry uses protecting groups to solve chemoselectivity problems. In a protein, you don’t have that luxury. Most of the other functional groups in proteins are nucleophiles, so if you can develop chemistry that allows you to introduce electrophiles or perform other reactions such as cycloaddition or free radical chemistry, then there should be a lot of selectivity.’

Upon reacting cysteine with O-mesitylenesulfonylhydroxylamine (MSH), the thiol group is eliminated, leaving dehydroalanine. MSH only reacts with cysteine and not other amino acids. It also leaves the dithiol bond of dimerised cysteine untouched, so the internal disulfide bonds that contribute to the tertiary structure of a folded protein remain intact.1 When more than one cysteine is available on the protein surface, MSH converts them all.

The protein subtilisin is glycosylated via conversion of its cysteine group to dehydroalanaine, and subsequent chemical attack

Selective chemistry can then be carried out on dehydroalanine’s double bond to create new, unnatural amino acids within the protein chain. Nucleophiles such as thiols and amines can be added, and if an allyl sulfide is introduced, then a cross metathesis reaction can create new carbon-carbon bonds. 2

Initial results with the protein subtilisin were promising, and Davis says that they are working on a number of other protein systems. ’It seems to be a versatile method,’ he says. With easy access to protein analogues, Davis thinks, ’you could give people a variant of a protein that is highly selective, or has better efficacy, or has a longer half-life in the circulation.’ He cites the example of PEGylation where rather imprecise chemistry is used to add polyethylene glycol to drugs such as interferons to make them last longer in the body. ’It’s an enormous market, but it’s random chemistry applied to proteins - it gives different oligomer lengths, and different selective modifications. We need to be able to make unnatural variants in a much more precise way and, broadly, this is where we see our chemistry going.’

An Oxford spin-off company, InhibOx, has teamed up with the National Federation for Cancer Research (NFCR) to create DrugFinder, a web-based portal that offers free virtual screening of nearly a million commercially available small molecule compounds. Scientists in academia and biotechs can submit the crystal structure of a target protein with a bound inhibitor, and InhibOx will screen its database to find different molecular structures that might be better inhibitors.

The service is free for a virtual screen of nearly a million compounds that yields up to 100 suggestions. For a fee of $10,000, up to 1,000 hits will be returned from a larger database of 4.6 million compounds. It will also be possible to use the company’s entire screening expertise. 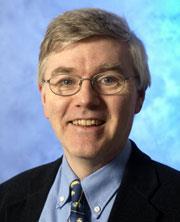 InhibOx chief executive Paul Finn says DrugFinder offers a new service to academics and small biotech companies who might not have the database resources or expertise to make the most of their biological findings. He hopes the paid-for option will eventually help the service self-sustaining.

A fifth of the proceeds will go to support NFCR’s research, and all intellectual property will belong to the company submitting the target structure for searching.