Investigators are examining whether unsafe working conditions contributed to the accident 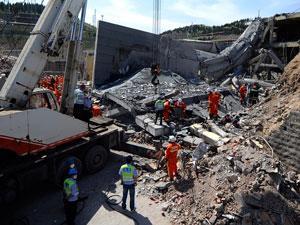 China’s safety body has confirmed that a blast at an explosives factory has killed 33 people and injured another 19. No further information has been released to the public about the blast, which occurred on 20 May in Zhangqiu in Shandong province.

Shortly after the explosion, the accident and investigation team of the Sate Council of China convened a meeting in Jinan, Shandong. Dexue Wang, the head of the team and the deputy director of China’s State Administration of Work Safety, said at this meeting ‘the safety management [of the factory] is in chaos, nobody was responsible for safety’ and that ‘the relevant departments and the local government have not done their job’. The cause of the accident is still unknown.

The explosion occurred in the seismic charge workshop of the plant, according Xinhua News Agency. The plant is owed by Poly Explosives (Jinan), an important civilian explosive materials manufacturer of the China Poly Group Corporation, a large state-owned enterprise that has links to the military.

The investigation into the cause of the accident is still underway. But according to a report on China Business News, preliminary findings indicate that ‘severe overcrowding on the work site, illegal changes to the production process and putting the packaging production line together with the explosives production line without authorisation’ made the factory unsafe.

The company was set up in Jinan during China’s ‘westernisation movement’ period in the 19th century. The dynamite workshop became the independent Jinan 456 factory, and moved to the suburbs of the city. In 2010, the factory, along with other military-related businesses of the China New Era (Group) Corporation, was absorbed into the China Poly Group.