Could simple ion exchange resins save the world? 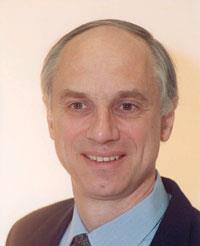 Removing CO2 directly from the air is possible, but ruinously expensive. Chemicals such as sodium hydroxide bind strongly enough to rapidly capture CO2 molecules even from atmospheric concentrations of 380 parts per million. But rejuvenating the chemical scrubber usually calls for energy-intensive electrochemistry or further reactions and heating cycles. Most carbon capture research focuses instead on removing CO2 gas from power plant waste streams, where it’s found in concentrations of around 10 per cent or greater - amenable to being picked up by amine solvents and zeolites.

Though power plant CO2 capture is inevitably cheaper than air capture, GRT say their proposed portable scrubbers could be installed almost anywhere, potentially having a bigger impact on CO2 levels. But Lackner had kept secret how the researchers proposed to beat the known cost and energy hurdles of air capture.

A US patent application1 now reveals that commercial ion exchange resins - such as those used in water softeners - can capture CO2 from dry air and exhale it when exposed to warm water vapour. ’Instead of swings in temperatures to release carbon dioxide, we use a swing in humidity,’ Lackner explains.

Lackner calculates that, depending on local climate conditions, the membranes should dry quickly enough after their moisture-induced CO2 release to allow the capture of around a tonne of carbon dioxide a day. ’We collect CO2 about a thousand times faster than a tree, though unlike trees the filters don’t convert CO2 into fuels. That would require a Fischer-Tropsch reactor bolted on to the end,’ he told Chemistry World  . A prototype scrubber, which Lackner hopes to demonstrate in two years, would cost around ?100,000 to build.

What Lackner’s membrane filters gain in energy efficiency, they may lose in capital cost and fragility, points out David Keith, who works on carbon capture at the University of Calgary, Alberta, Canada. Keith expects to gain a provisional patent for his own proposal, relying on making energy-saving tweaks to the sodium or potassium hydroxide absorbent system. Such a well-understood system may be more suited to industrial-scale CO2 capture from air, he says.

’If such materials can be devised, have longevity, and the machines made to work in vast numbers, [Lackner’s] technique could become a vital tool in decarbonising the atmosphere. However each "if" has to work,’ comments Stuart Haszeldine, an expert in carbon capture and storage at the University of Edinburgh, UK. ’The test is to see if these reagents and processes can move from the laboratory to build the first pilot machine, and then be scaled up to have impact.’