Protestors have caused the public to be banned from four debates on nanotechnology taking place across France. After Grenoble in December, and Rennes and Lyon in January, Marseilles saw the local debate organised by the Special Commission for Public Debate (CPDP) shut down by protestors on Tuesday. They clapped, whistled, shouted, threw paper balls, and raised banners with slogans such as ’Nano, it’s not green, it’s totalitarian’.

Although earlier debates had seen these protests questioning the legitimacy of the debates, organisers attempted discussion for more than thirty minutes before retreating to a private room to webcast the debate and interact with the public through the page’s forum.

In addition to discussing nanotechnology with an audience of the general public, panellists from scientific, health, and environmental organisations planned to debate topics related to nanotechnologies. Nine other debates have successfully been held in other cities since October of last year. 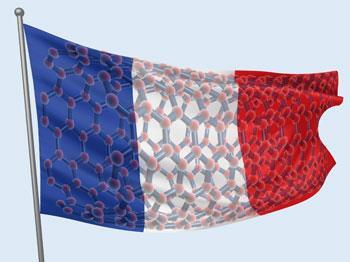 France’s public debates on nanotechnology have been disrupted by protesters

If the Parts and Labour organisation of Grenoble is not directly organising the protests, it certainly appears to be encouraging them through its website and a second nanotech-focused site. The organisation declined to comment when contacted by Chemistry World.

Both websites host articles which attempt to discredit the debates on grounds of funding, from the French Government, and the credibility of the independent panellists. The criticism was enough for the CPDP to post a letter on the debates’ website in November, defending debate participants against accusations that they were government-controlled, through money or affiliation, rather than independent voices.

Marc Sentis, director of theLasers, Plasmas and Photonic Processes laboratory in Marseilles and one of Tuesday’s panellists, says he decided to get involved with the debates in part because nuclear facilities were never the subject of such public discourse. ’I am 52, so I remember very well as a student, there was no possibility to debate about this important question,’ he recalls. ’I didn’t go to try to convince people. I still have to have some input [from the public] to know what is good or not.’

Sentis says that he understands to an extent the protesters’ belief that ’everything is decided,’ but says that in a democracy if you don’t go and try to debate the issues, there is little chance of change.

The decision by one of the environmental groups due to take part in the debate to pull out on 13 January added a sense of legitimacy to the protesters’ claim that the debates are ’phony’ and ’antidemocratic’. According to Marie-Christine Gamberini of Friends of the Earth, the important questions on nanotechnology aren’t being posed. The organisation lists nanoparticle toxicity, identification nanotechnologies that encroach on private life, and nanotechnologies for war as issues that need to be addressed.

Tuesday’s debate, however, included three panellists from defence backgrounds and one from toxicology, suggesting that these topics are being considered.

In the web forum for Tuesday’s webcast one contributor, Paul Cuivre of Paris, wrote that although many decisions had doubtless been made already, a public debate is still worthwhile. ’When I see the attitude of some immature individuals [.] who succeeded at perturbing the debate this evening, I ask myself   questions about the future of participative democracy in France.’