A paper published in the prestigious journal Science  has caused a commotion in the chemistry community, with the synthetic processes discussed in the paper dismissed as nonsense and accusations of a failure in Science’s peer review system.

The paper1, published in October 2009 by the teams of Peter Golyshin at Bangor University in the UK and Manuel Ferrer at the Spanish National Research Council’s (CSIC) Institute of Catalysis, describes a chemical strategy to quantitatively study the profiles of metabolic networks in cells. 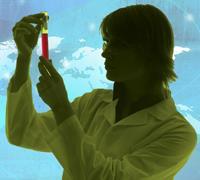 Chemists are suspicious of the paper’s claims

But the research has come under harsh criticism from chemists, who question the feasibility of the reactions described in the work. Concerns over the paper’s scientific merit became so loud that Bruce Alberts, the Science’s editor-in-chief, in December published an Editorial Expression of Concern2 acknowledging that ’serious questions have been raised  about the methods and data presented in this article’,  and requested that the authors’ institutions evaluate the original data and records.

Ferrer stands by the work but admits mistakes were made in writing the paper for which he takes full responsibility. Over 800 pages of additional data and explanations have since been published on CSIC’s website for further clarification.

But Ferrer is baffled by the controversy over the chemistry. ’I don’t understand why people claim that these reactions won’t work,’ he says. ’There isn’t any new chemistry. What is new is the way of linking and the way the array works, but the reactions themselves are not new.’

Dustin Maly, a chemist at the University of Washington, US, disagrees. ’For each one of those molecules, the synthesis would be very extensive and, I would argue, require the development of new chemistry,’ he states. ’The authors claim to have selectively derivatised molecules at positions that would be very challenging for anyone to do.’ Maly says the authors didn’t clearly explain how they achieved the reactions in the paper or supplemental information, and the documents on the CSIC website don’t clarify anything.

Chemists aren’t the only ones asking questions. Joshua LaBaer at Arizona State University, an expert in microarrays,  says there isn’t any indication in the paper of quality control. He says the authors should have quantified the variation between and within the arrays and demonstrated reproducibility. ’It seemed like all the preliminary experiments one might expect to see to validate the system were skipped so that they could do some dramatic biological experiments,’ he says.

The charge that the peer review system at Science failed to catch the errors has implications as research endeavours become increasingly multidisciplinary. The journal indeed admitted that none of the paper’s primary reviewers was a synthetic chemist.

As to whether this current controversy has caused Science to rethink its peer review process, Alberts told Chemistry World: ’We try to make sure that appropriate reviewers are selected so that all the main results can be adequately evaluated. We will use as many reviewers as needed to ensure that this happens. We recognise that interdisciplinary papers are hard to review and we have discussed this topic often with our editors.’

Monica Bradford, Science’s executive editor, adds, ’We are continually evaluating our reviewer selections and trying to learn from experiences such as this.  We will continue to be vigilant in the area of multi-disciplinary papers, but at this time, I can not point to a specific change we have decided to make.’