China pushes ahead with cleaner cars

In a fillip to domestic carmakers developing cleaner vehicles China's National Development and Reform Commission (NDRC) has ratified the production of a hydrogen fuel cell powered car from Volkswagen.

In a fillip to domestic carmakers developing cleaner vehicles, China’s National Development and Reform Commission (NDRC) has ratified the production of a hydrogen fuel cell powered car from Volkswagen Shanghai, along with six hybrid cars and buses by firms in Beijing, Shanghai, Wuhan and Xi’an.

China’s central government invested 880 million yuan (US$126 million) in projects to develop cars powered by alternative energies during its 10th Five-year Plan (2001-05), and is expected to push spending even higher in 2006-10. To date, however, Toyota’s Prius is the only domestically manufactured car available in China that doesn’t run on petrol alone. 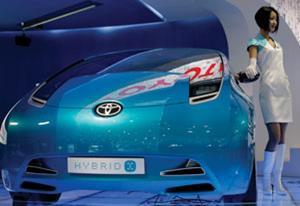 The 1.6 litre hybrid comes with a pre-tax price tag of 280,000 yuan (US$40,000) that has proved to be prohibitive for Chinese consumers. Just 2500 of the hybrid electric vehicles (HEV) have been sold in China since launching in late 2005, compared to over a million worldwide.

The NDRC move sparked rumours that hybrid or electric cars could be exempted from the 10 per cent tax that is currently levied on sales. But Guan Yu, an analyst with China Alternative Fuel Vehicles Net, believes that is unlikely because all cars are classified as luxury goods under China’s tax laws, although an alternative tax break is still a possibility. ’A reduced tax rate would not be enough to drive up sales of new energy cars, but it could send a positive signal for carmakers to continue their development,’ Guan says.

Huang Kaisheng, an associate professor of automotive engineering at Tsinghua University, says that although hybrid technology is relatively mature, production costs could still be very high in China because local manufacturers have not yet managed to develop the batteries or the sophisticated electrical generators required.

The costs of cars powered by hydrogen fuel cells would be higher still, Huang says. And while 100 per cent electric vehicles could be cheaper, charging stations are currently lacking and the cars cannot travel as far as hybrid or petrol-burning cars.

But the situation is changing, with the local governments in Beijing, Shanghai and Guangzhou using more electric buses for the 2008 Olympics, 2010 World Expo and 2010 Asia Games. ’Government procurement could be a stimulus for carmakers to expand their production scale, eventually lowering the costs for electric vehicles,’ Guan notes.