A long-awaited amendment to China’s drug registration system is expected to discipline the country’s medical sector and boost the pharmaceutical industry.

The newly revised Statute on Drug Registration and Management was released on 11 July by the State Food and Drug Administration (SFDA), just one day after its former head, Zheng Xiaoyu, was executed for taking bribes and illegally approving new drugs (Chemistry World,  July 2007).

Earlier in July, Zheng’s colleagues Hao Heping and Cao Wenzhuang, who were both sentenced to 15-year imprisonment in November 2006 for similar corruption, had their sentences increased to death with a two-year stay of execution. 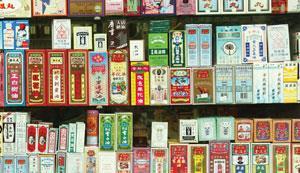 Corruption on this scale was accompanied by an unprecedented number of drug approvals. In 2005, for example, 11 086 drug applications, including 1113 applications for new drugs, were approved in China. In the same period, the US Food and Drug Administration (FDA) reportedly approved only 81 new drugs.

Wu Zhen, deputy head of SFDA, told a news conference on 11 July that drawbacks to the previous drug regulatory system had included a lower threshold for drug licenses, the lack of inspection on drug applications, and insufficient supervision on drug evaluators.   ’The revision will create a stricter drug registration and approval procedure and develop a highly efficient drug regulatory system,’ Wu said. One major revision is to narrow the concept for ’new drugs. Previously, generics with different dosage, use adjustment, or major improvements in production techniques could all be categorized as new drugs. In the amended statute, only those not having appeared on the Chinese market are defined as new drugs, although many may still be generics of foreign drugs.

The new drug registration rule is also designed to strengthen the approval procedure. Drug evaluators are required to make on-the-spot inspections to ensure that samples and data submitted by applicants are consistent with the drugs about to enter production.

To reduce possible corruption, the new regulation stipulates that drug approval must be based on collective decisions. The drug evaluators will be made public, and any evaluators with potential interests in the application disbarred.

Ken Ren, president of the Beijing-based pharmaceutical consultancy Accelovance, said the new regulations, plus the disciplinary measures enacted by SFDA following the Zheng case, will push Chinese pharmaceutical firms to do more research and development even for generics production.

The challenge is not a bad thing, said Dai Shengming, secretary-general of Beijing Pharmaceutical Profession Association. ’The new drug rule will help wash out the smaller players so that bigger ones can concentrate resources to improve drug quality and increase research,’ said Dai.