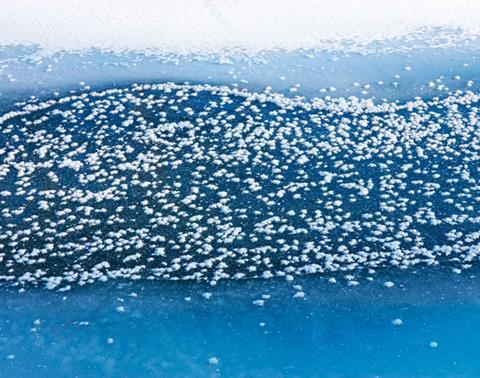 How do you separate enantiomers without any kind of chiral recognition between molecules? The answer it seems is to use asymmetric flow in a micro-fluidic channel. According to computer simulations run by scientists in Germany and Sweden, particles will move to different regions of the channel according to their chirality. Once there, they will migrate at different speeds, and thus they can be separated. The researchers say that this approach could lead to significant benefits in the pharmaceutical industry, where chiral separation plays a significant role in drug design.

Chiral molecules are not identical to their mirror images – the two mirror images are enantiomers of each other. Chirality is common in living organisms – your hands, for example, are chiral – but it of particular significance in pharmaceutical development: one enantiomer may have a therapeutic effect while the other is toxic. Chiral particles are commonly separated using chemical methods, such as liquid chromatography or capillary electrophoresis, in which an auxiliary selector molecule is developed that can differentiate between the two enantiomers. There has been increasing interest in recent years, however, in physical separation methods that do not require such chiral recognition.

Team member Friederike Schmid at the Johannes Gutenberg University in Mainz, Germany, says that the new approach is complementary to chemical methods. ‘The separation principle is expected to work for any pair of chiral molecules,’ she told Chemistry World. ‘Moreover, it also works if only small samples are available, it does not consume parts of the samples, and it can be integrated into a lab-on-a-chip device.’ She adds: ‘A separation method based on physical principles is more generally applicable than one based on specific chemical reactions.’

David Lathbury, vice president of chemical development at US contract research and manufacturing company Albany Molecular Research welcomes the team’s proof-of-principle discovery but cautions that the new approach faces stiff competition from established separation techniques. ‘We already have many ways to make chiral drugs enantiomerically pure’, he said. ‘There isn’t a general process for obtaining chiral molecules so if this is one then it could offer a cheap alternative. However, one would have to be cautious about things like capital cost. Some of the [existing] methods can be very cheap and are unlikely to be supplanted.’