Copenhagen: after the circus

A burning disappointment or the best that could have been hoped for?

In an agreement forged overnight following fraught negotiations at the end of the Copenhagen climate conference, countries agreed to act to limit global warming to two degrees Celsius. But in the cold light of day, the text of the ’Copenhagen Accord’ looked weaker than some scientists and politicians had, perhaps optimistically, expected, with no sign of any legally binding commitments to emissions cuts.

While US President Barack Obama fought hard to present the Accord as a first step towards harsher, more binding cuts in the future, climate campaigners declared world leaders had written a death sentence for Africa. So, as the furore surrounding the negotiations dies down, is this watered-down version of a climate change agreement a burning disappointment, or the best we could have hoped for under the circumstances?

Painted against the backdrop of media expectation that preceded what was known, affectionately or not, as COP15 - the 15th Conference of Parties to the UN Framework Convention on Climate Change (UNFCCC) -- the text certainly looks from most angles like a cop out.

"References in early drafts to percentage cuts and deadlines were dropped, to be replaced by ambiguous statements about ’deep cuts’"

On what many considered to be the single most important question that the negotiations set out to answer - by how much would nations commit to reducing their carbon emissions and by when? - the Accord fails to deliver an answer. References in early drafts of the text to percentage cuts and deadlines for achieving them were apparently dropped, to be replaced by ambiguous statements about ’deep cuts’.

Although the importance of keeping global temperature rises below two degrees is recognised in the document, there is little indication of what specific actions should be taken to achieve this. ’Perhaps it is something of an advance that the politicians are now willing to see a temperature increase of two degrees as an upper limit,’ says Richard Wayne, a theoretical chemist at the University of Oxford, UK, and an honorary professor of climate change research at the University of Copenhagen. ’But nobody says how it’s to be done, and you need to know how it’s going to be done and you need to set a timetable for it.’ 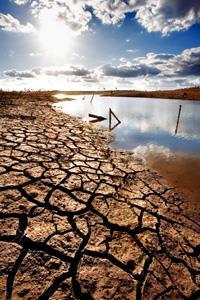 The two degree goal is the cut-off point at which the Intergovernmental Panel on Climate Change (IPCC) has predicted that ’substantial global impacts will occur’, including millions of people facing hunger, drought and flooding. As David Stevenson, a reader in atmospheric modelling at the University of Edinburgh, UK, explains, ’Two is our current best estimate. It may be that one degree is enough to induce dangerous change, or we could get lucky and it may be more like three of four degrees.’

Wayne, however, is concerned that politicians have failed to grasp the true implications of an average two degree rise, which would mean much greater temperature increases in certain areas, including polar regions. ’It’s not just the question of average temperature,’ he says. ’But, I daresay, that concept - the distribution matter - is much too hard for the politicians.’

Paul Baker, a climate scientist at Duke University in North Carolina, US, adds that models contributing to the IPCC’s latest report do not do a satisfactory job of simulating precipitation. So although scientists - and now politicians - may agree on global temperature changes, there is less agreement about the effects on future precipitation amounts, particularly in the tropics, and potential knock-on effects for society, agriculture, and natural ecosystems.

Given that during the summit negotiations looked set to disintegrate completely, however - at various points, delegates representing several countries walked out of the talks, the UK’s climate secretary warned that the conference was descending into ’farce’ and a Brazilian delegate cut her hand as a demonstration of the plight of poor countries - some are maintaining a more positive stance on COP15. 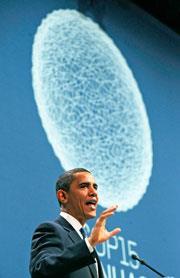 President Obama at the summit

President Obama’s view, outlined in a press conference late on the final day of the conference, was that any promises made should be ones that could be kept. Instead of setting up goals that would ’end up just being words on a page’, he was focused on creating a sense of ’mutual obligation and information sharing’, striving towards more binding agreements in the long term. His part in the proceedings was widely described as disappointing - although it could be argued that the US’s current domestic situation necessitates a ’softly, softly’ approach to climate change. Had the emissions bill currently pending in the US senate already been passed, Copenhagen might have been a different story.

Brian Hoskins, director of the Grantham Institute for Climate Change at Imperial College London and a member of the UK’s Committee on Climate Change, told Chemistry World that to come up with a superficial solution would have been much worse than the agreement we now have. ’Being positive, it would have been incredibly difficult to imagine with this circus that you would actually have got everyone signing up to something that was really strong enough and that had enough teeth and enough monitoring,’ he says. ’And so those things might have been papered over. They haven’t been and so the cracks are obvious to see.’

The UK, at least, can be proud of its role in the negotiations, he continues. Under the Climate Change Act 2008, the UK already has enshrined in law a goal of reducing its carbon emissions by 80 per cent by 2050, relative to a 1990 baseline. By pushing for ambitious targets at COP15, says Hoskins, UK delegates provided certainty to industry on the strength of its commitments.

Perhaps the biggest bone of contention at COP15 was the legacy of the 1997 Kyoto Protocol. Under Kyoto, developed countries - which were committed to reducing their emissions to five per cent below 1990 levels between 2008 and 2012 - shouldered most of the burden for tackling climate change. Some developed countries attending COP15 wanted to see Kyoto scrapped altogether in favour of a new treaty, but developing nations argued these commitments should be honoured and incorporated into a ’two-track’ strategy.

Having stood their ground, delegates from developing countries were eventually rewarded with a clause in the Accord reiterating the commitments of richer nations, as well as a promise of $100 billion (?62 billion) a year by 2020 to help cope with the effects of climate change. But Leigh Raymond, a political scientist and associate director of the Purdue Climate Change Research Center in Indiana, US, says the ’proof will be in the pudding’ - whether the cash is actually delivered remains to be seen. 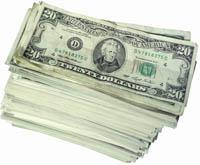 On the subject of Kyoto, Raymond wonders if it is, in any case, starting to become irrelevant. ’Certainly in the last few years it seemed like a number of countries were not on track to meet their Kyoto commitments,’ he says. ’I think the developing countries wanted to stay within that framework primarily because of this common but differentiated notion of responsibilities and that’s an important basis for any future negotiations. But the Kyoto process of exempting what are now some of the largest emitters in the world from any discussion about any actions they might take is sort of problematic.’

Both Raymond and Wayne believe the categories imposed by the Kyoto Protocol now need a rethink. As Raymond says, the world is far too complicated to be split simply into ’developing’ and ’developed’, and China is ’a very different place than the Maldives.’ There remains, of course, the issue of historical responsibility for greenhouse gas emissions, but richer, emerging countries such as China could now do more to combat climate change.

China, however, remained resistant to tough targets at COP15. Thus, during the first week of negotiations, a rift opened up between developing nations; while members of the Association of Small Islands States were anxious to see a demanding two-track deal incorporating Kyoto, China wanted all of the benefits of Kyoto without any of the targets that it feared would stifle its growing economy.

On the issue of China, Hoskins points out that it is doing more than most where low carbon technologies are concerned. ’China is manoeuvring itself to be in the centre of all these industries and I think the developed world is being very stupid to actually just let China become number one in photovoltaics, because that’s what they’re doing,’ he says. Hopefully, he adds, this will encourage the ’Exxons of this world’ to realise they need to stop lagging behind and start embracing the technology.

Viewed in the context of talks that took place in the run-up to the conference, the outcomes of COP15 might appear to be a foregone conclusion. The wrangles over Kyoto could have been predicted from disagreements that emerged during pre-summit talks in Barcelona and, according to Raymond, the $100 billion figure is one that was being bandied about prior to the conference.

Raymond says his hope is that the Accord, ’as incremental as it is’, lays the foundation for a new, more inclusive discussion that considers big emitters as opposed to developed and developing countries. ’Although people pushed to have this big next round of international commitments happen in 2009, in hindsight they realised that that was probably too soon,’ he says. He thinks much rests on whether US congress does eventually pass the climate bill.

Wayne says those directly concerned will be desperately disappointed, because it looked at some stages like some kind of agreement on emissions could be reached at COP15. ’The emissions have to be cut and that’s really the long and short of it,’ he says. Hoskins, on the other hand, is more optimistic. He says the negotiations have created the momentum needed for ’really doing something’ and is still holding out hope for a peak in global emissions by 2020.

Climate change is high on the agenda and the burden lies heavily on scientists to find new solutions, but do researchers have the support they need?

Last chance to save the world