Four pharmaceutical firms have halted research into obesity drugs from a class that was once expected to generate billions of dollars in sales. 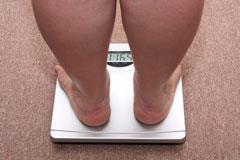 In November, Sanofi-aventis abandoned its anti-obesity drug, rimonabant (Acomplia), following the European Medicines Agency (EMEA) recommendation that doctors stop prescribing it due to the risk of psychiatric side effects.

In October, Merck pulled its CB1 antagonist taranabant out of clinical trials after results showed that both efficacy and psychiatric side effects increased with increasing dosage.

That prompted Bristol-Myers Squibb to pull out of its CB1 antagonist collaboration with Solvay, who have now exited the CB1 arena as well. Solvay’s exit effectively marks the end of the road for what was once heralded as a blockbuster target.

Problems with rimonabant were first suspected when the US Food and Drug Administration (FDA) refused to approve the drug in July 2007. Results from further clinical trials demanded by the EMEA found that patients taking the drug were almost twice as likely to suffer from psychiatric problems as those not taking the drug.

Despite the current rash of problems with the CB1 drugs, other classes of obesity drug still show promise. Phase II clinical trial results published by Danish scientists from the pharmaceutical company Neurosearch suggested their candidate drug, tesofensine, could produce weight loss double that of rimonabant.1

The drug inhibits uptake of the neurotransmitters noradrenaline, dopamine and serotonin in the brain, suppressing hunger and leading to an energy deficit which causes the body to burn fat.