DNA must do its job for patent protection

A European court has ruled that patents for DNA do not give protection when the sequences are no longer performing the task they were inserted to do. Some experts say that the ruling will worry biotechnology companies, who may find their patent portfolios do not protect them as well as they previously thought.

Europe’s Court of Justice has ruled that US agrichemical business Monsanto cannot prevent soy meal that contains a DNA sequence it holds the patents to from being sold in the EU as the patents only apply to live plants. The ruling draws a distinct line between genetic products, such as DNA sequences, and conventional chemical products.

Under normal circumstances, patent protection for a compound extends to anything it is found in, regardless of the role the compound is playing. But protection for DNA is ’purpose-bound’: the DNA is only protected while it is doing what the patent says it does.

This is the first decision on the scope of the decade-old EU biotechnology directive - a landmark piece of legislation designed to ensure biotechnology patents give the same protection in all European states.

The ruling was prompted after a Dutch court asked for clarification on the extent of the law after Monsanto filed a lawsuit against Cefetra, a company that supplies raw materials for animal feed. Monsanto has patent protection for certain DNA sequences in its ’Roundup Ready’ GM soya beans that confer herbicide resistance to the crop - so that farmers can be more aggressive in their use of glycophosphate and maximise yields. Monsanto said Cefetra was infringing its patents by importing Argentinean soya meal containing the sequences into Europe, despite having not paid to use the GM trait. 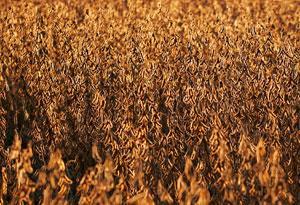 But the Court of Justice said that because the DNA was in dead material, and therefore no longer performing its stated function, there was no infringement.

The ruling will not have a direct effect on the case because the parties recently settled out of court. The terms of the settlement were not disclosed.

The biotechnology directive was designed to ensure that the EU states would treat biotechnology patents in the same way, explains Robert Fitt, an associate at UK law firm Bristows. Many companies said at the time that innovations involving DNA were not adequately protected under existing rules because in some places their research might be seen more as a process of ’discovery’ rather than one of ’invention’ - an important distinction in patent law.

According to Fitt, the decision is likely to worry a wide range of companies owning biotechnology patents, including pharmaceutical companies. It limits what they can sue for, he says.

But Luke Kempton, a partner at UK law firm Wragge & Co., says that Monsanto’s lack of patent protection in Argentina is anomalous. ’In most cases, if your claim is in Argentina, you’d be able to stop them in Argentina,’ he says. Biotechnology companies with ’good coverage’ are unlikely to be worried.

The Court of Justice also said that the directive applies retroactively: DNA patents granted before the directive came into effect in 1998 will be treated in the same way.