EPA in political tug of war over environment

Amid the distraction of prolonged debt ceiling negotiations in Washington, DC, Republican members of Congress have introduced a slew of amendments to fiscal year (FY) 2012 appropriations legislation that will cripple the US Environmental Protection Agency (EPA), Democrats and environmental groups are warning.

They cite numerous amendments that have made it into the EPA appropriations bill now under consideration by the House of Representatives, including one that would require the agency to make changes to its Integrated Risk Information System (IRIS), a public database that provides science-based human health assessments on over 540 chemical substances. Democrats on the Appropriations Committee say the amendment aims to fuel doubts about the programme that highlights the health threats posed by environmental contaminants. 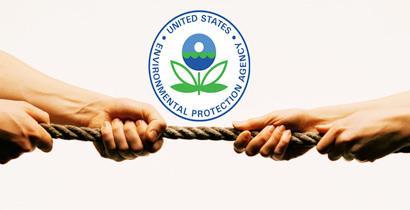 Among the dozens of other amendments that have come under fire is one that removes the EPA’s ability under the Clean Air Act to implement vehicle fuel economy and greenhouse gas emission standards for cars made after 2016, and one that forbids funding for the agency to regulate certain levels of particulate matter. Another divisive amendment would alter the Clean Water Act to eliminate requirements that chemical companies obtain permits for pesticides entering waterways, and a separate one would cut $20 million (?12 million) from the EPA’s Science and Technology programmes.

Meanwhile, the White House has vowed to veto the bill if it contains these controversial riders. The Obama administration said the legislation doesn’t provide sufficient funding for the EPA to implement its core mission of protecting human health and the environment.

In particular, the administration criticised the legislation for withholding funding for the EPA to take administrative action following its assessment of risk for certain chemicals. ’This provision would delay scientific assessment of environmental contaminants and could delay regulatory or other agency actions designed to protect public health,’ its statement concluded.

Opponents suggest that Republicans introduced these amendments to protect corporate interests, in exchange for financial and political support.

’The same industries that filled the coffers of Tea Party candidates are finally seeing their investments paying dividends in the form of relaxed regulations for air and water pollution,’ says Marty Hayden, Earthjustice’s vice president of policy and legislation.

However, House Republican leaders insist that their goal is to rein in spending and over-regulation. Addressing the House floor on 25 July, Appropriations Committee Chairman Representative Hal Rogers said the EPA has ’lost grips with economic reality and has become the epitome of the continued and damaging regulatory overreach’.

The chairman of the House Appropriations subcommittee that funds the EPA, Mike Simpson, concurred. In his floor remarks, Simpson opposed what he described as the EPA’s efforts ’to control nearly every industry’ in the US. ’Wherever I go, the biggest complaint I hear about the federal government is about how the EPA is creating economic uncertainty and killing jobs,’ Simpson stated.

The EPA’s own analysis indicates that its new and more stringent ozone standards - which were slated for this summer but have been delayed temporarily - will impose up to $90 billion in compliance costs annually.

Meanwhile, the independent US National Research Council (NRC) has urged the EPA in a report delivered on 2 August to incorporate sustainability into its decision-making. The NRC’s proposed sustainability framework pushes the agency to move beyond its traditional approach of basing actions almost solely on risk assessment and management, and to take up a more proactive role. NRC said its proposed sustainability approach will more adequately address many of the most complex modern problems, like depletion of natural resources, climate change, and loss of biodiversity.

NRC concluded that the potential economic value of sustainability to the US lies not only in decreasing environmental risks, but also in optimising the social and economic benefits of environmental protection.

But Democrats call the current House of Representatives the most ’anti-environment’ in history. They say the Republican-controlled House has voted 110 times to undermine the protection of the environment this year, which include votes to deny that climate change is occurring.

The appropriations bill in question is now stalled in the House, with lawmakers having departed for the August recess. These contentious amendments could end up being factored into the final negotiations on the EPA’s budget.