The US Environmental Protection Agency (EPA) is taking a tougher stance on confidentiality claims that allow firms to prevent the names of chemicals identified as potential health risks being made available to the public.

The change to the Toxic Substances Control Act (TSCA), announced on 21 January, is the latest in the Obama administration’s effort to strengthen the law, but not the last - the EPA promises additional steps in the coming months.

Under TSCA section 8(e), companies that manufacture, process or distribute chemicals are required to immediately notify the EPA if they learn that a chemical presents a substantial risk of injury to health or the environment. These reports are then posted on the EPA website, but TSCA exempts disclosure of any information that companies claim would damage their profits. Unless the government objects, the EPA must protect the information. 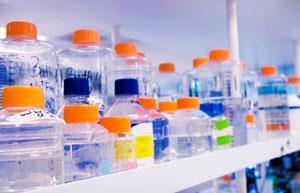 Citing the Confidential Business Information (CBI) claim, these reports often conceal the identity of the chemical involved. In the first eight months of 2009, industry concealed the identity of the chemicals in more than half the studies submitted under section 8(e), according to a report by environmental advocates, the Environmental Working Group.

Under the new procedure, ’the name of the chemical will not be considered CBI under section 8(e) notices when the identity of the chemical is already publicly available on the TSCA Chemical Substances Inventory,’ says EPA spokesperson Enesta Jones. The new policy covers the approximately 63,000 chemicals that are on the public portion of the TSCA inventory. Approximately 17,000 chemicals are on an undisclosed, confidential list.

The American Chemistry Council (ACC), an association of major US chemical companies, greeted the EPA’s announcement as ’a welcome indication of the agency’s ability to apply its statutory authority to promote transparency,’ says Mike Walls, vice president for regulatory and technical affairs. ’While ACC is still assessing the full impact of the policy on filings made under section 8(e), in general the announced policy is consistent with ACC’s position that EPA and chemical companies should work together to enhance public access to chemical health and safety information,’ he adds.

If a chemical’s name is a form of health and safety information, as the new announcement contends, then is this also true for chemicals not on the public portion of the TSCA Chemical Substances Inventory? ’Yes,’ says Jones, adding, ’EPA will be announcing additional actions over the coming months to further increase access to chemical risk information.’