Funding programme secures €70 billion, down 14% on the original budget proposal 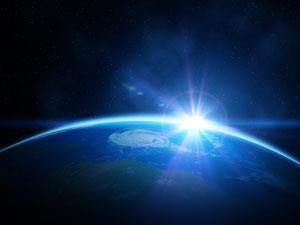 The EU’s three main institutions have agreed the Horizon 2020 funding package, the successor to the Seventh Framework Programme (FP7), in the nick of time. The informal accord, reached on 25 June, just days before the end of the Irish presidency of the EU, offers a helping hand to scientists from poorer member states, in an attempt to balance the programme’s ‘focus on excellence’. It will also simplify the funding process and create a new deal for SMEs. Máire Geoghegan-Quinn, European commissioner for research, innovation and science, welcomed the conclusion of negotiations as ‘good news for researchers, for universities, for SMEs and for all other future participants in the programme’.

Horizon 2020 covers all EU research and innovation activities. The programme will have a budget of around €70 billion (£60 billion) for 2014–2020, a 23% increase over FP7, but €10 billion less than originally proposed. It  has three central ‘pillars’: to fund excellent science, to make Europe more attractive for corporate R&D investment and to take a cross-disciplinary approach to the ‘grand challenges’ of ageing, food supply, energy security, sustainable transport and climate change.

The emphasis on excellence would lead to the European Research Council (ERC) budget for basic research doubling to over €13 billion, leading to criticism that R&D leaders like France, Germany and the UK will receive an unfair funding advantage. To tackle this, specific measures for widening participation will receive 1% of the Horizon budget. This could boost smaller research groups, through activities such as staff exchanges or twinning between institutions. ‘The Irish presidency of the EU is seeking to ensure that it is small countries like Ireland, who would traditionally have perhaps been on the periphery, who will be able to get access to that kind of funding, or create the joint programmes that are necessary to ensure that it is not, as it has been traditionally, the longer-established institutions in the same cities and countries which gain access to the vast bulk of European funding,’ said Seán Sherlock, Ireland’s science minister.

The president of the Royal Society of Chemistry, Lesley Yellowlees, said: ‘Despite the announced funding being lower than anticipated, this is still a great opportunity for scientists in the UK. Traditionally we’ve actually done very well from EU funding and in the last two framework programmes only Germany has received a higher percentage of funding than the UK.’

One key aim of Horizon 2020 is simplification. The commission’s vision was for a single set of rules, less red tape, an easy to use reimbursement model, a single point of access for participants, fewer controls and audits, and cutting grant application time from one year to around eight months.

The European Universities Association (EUA) was among the research bodies concerned about proposals for ‘flat rate’ funding for infrastructure. The EUA argued that this would increase costs and bureaucracy compared with the FP7 approach. Research institutions called for a reimbursement option based on full costing to be retained alongside the new ‘flat rate’ model.

Participants with expensive, high-end research facilities may be disappointed that the flat rate model went ahead. ‘The proposed rules for participation … do not appear to include an option for reimbursement of research costs based on full costing methodologies [in addition to the flat rate model proposed],’ said the EUA in a statement following the agreement. ‘EUA has long emphasised the importance of full costing for the overall financial sustainability of universities.’ However, the EUA acknowledged that the reimbursement model is ‘only one element in the broader attempt for simplification of rules that will be vital for the successful implementation of Horizon 2020.’

Horizon 2020 also includes a separate instrument to fund research in smaller companies. ‘Parliament’s negotiating team ensured that SMEs will be fully included in the innovation process,’ said the European parliament’s industry, research and energy committee chair, Amalia Sartori. Funding will be in the region of 4% of the budget.

The full package still needs to be signed off by a final EU committee.

The three pillars of Horizon 2020

Excellent science (37%) – to include funding for the European Research Council, vital infrastructure and future and emerging technologies
Industrial leadership (22.5%) – ‘the truly innovative element of the programme’ contains specific supports for SMEs and for enabling industrial technologies such as nanotechnologies, biotechnologies and ICT
Societal challenges (38%) – to help ensure that research is directed at areas of most concern to citizens and business such as health, climate, food, security, transport and energy