Environmental chemist Deborah Swackhamer knows it’s not easy to get policy-makers at the US Environmental Protection Agency (EPA) to act on scientific advice. For four years she has served on the agency’s science advisory board (SAB), while the EPA has been accused of interfering with its own scientists’ work for political ends, allowing private industry too much influence over its research programmes and review panels, and failing to tackle the biggest environmental issue of all - climate change.

Now Swackhamer, whose own research at the University of Minnesota focuses on persistent organic pollutants, is stepping up to chair the SAB. She thinks she’s picked the right time to do it: the political leadership that has limited EPA policy is about to change. ’I’m particularly interested in the role now; it’s an exciting time to be at the head of the board,’ she says. ’There are scientific issues that the EPA will have the opportunity to deal with properly for the first time - most crucially, climate change. The previous administration has resisted tackling it. But whoever wins the election, the new administration will have to.’ 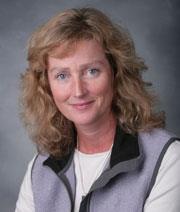 Deborah Swackhamer, new chair of the EPA’s science advisory board

The SAB, Swackhamer hopes, will gain more of an influence on EPA decision-making during her time in office. While the 30 members of the board primarily provide independent scientific advice to the EPA when the agency asks for a report on a specific topic, they also contribute self-directed research, which is where Swackhamer sees an opportunity to guide policy-makers’ agendas. ’I think the SAB has been under-utilised in the past. I would like to see more iterative dialogue in deciding the priorities of the EPA.’ She cites nanotechnology as an example of where the EPA has been ’behind the curve’, failing to recognise that the science brought an entirely new category of pollutants with unknown health effects. ’We saw years ago that this could become a huge problem. If the SAB is used effectively, we can advise on where EPA needs to be 5 years ahead of the curve in the future,’ she says.

Perhaps the most worrying of the criticisms faced by the EPA this year was a report in April by the Union of Concerned Scientists, which revealed that many of the agency’s own scientists had experienced political interference in their work. ’There is certainly some anecdotal evidence of interference - that reports have been adjusted or censored before they’re released - so I’m concerned about that,’ says Swackhamer. ’When the UCS report came out, the board approached top management and asked them what was going on - we told them these figures were not satisfactory.’   She says that the EPA has responded to the concerns and continually carries out its own internal surveys to get feedback from its scientists.

The EPA’s use of private industry funding to support research programmes, and its removal of a top toxicologist from a review panel after industry pressure, have also drawn questions over the last year. All of these processes must be totally transparent and open to constructive criticism, says Swackhamer. ’There is always concern about the larger issue of conflict of interest. Although the SAB doesn’t get directly involved in how studies are designed and funded - or in evaluating decisions made by the agency - we do advise on how to best direct public investment in science.’

One notable area where the agency has struggled in the past, says Swackhamer, is in communicating environmental science and policy to the public. An extreme but very important example is the provision of advice to worried citizens following environmental disasters. ’We got a clear lesson in this during the whole mess after [Hurricane] Katrina. There was a huge amount of concern over contaminated sediments and drinking water. We had to create ad hoc committees literally over the weekend - giving advice to people over the phone. As a result, we discovered how the EPA was communicating the results of studies to the public. And the answer was - they weren’t. They were putting raw data up on a website. I mean, what does a person do with those data? Does 1.2 mean it’s safe to go home or not?’

Swackhamer points out that the quality of scientific research within the EPA is not under question, but that the agency simply hasn’t invested enough in communicating it. ’EPA needs to integrate social science with the natural and physical sciences. The SAB has repeatedly advised the agency to have social scientists in the agency who can make that link - to provide advice on the age-old problem of communication of risk.’

Such integration could also smooth the translation of science into policy decisions. ’To decide how much effort to focus on the protection of an ecosystem, for example, you have to place a monetary value on that environment. It may sound terrible, but when you’re appealing to capitalist priorities, that’s how you need to present it. And there’s a lot of complex natural resource economics involved in that. The EPA has its own economists but it made the choice to move all them into a separate part of the agency - not linked to R&D. They’ve not been hearing us. And I hope the new administration will.’

Is Swackhamer satisfied that the best science is incorporated into the regulatory framework? ’I think scientists themselves tend towards idealism,’ she says. ’They want to hand the best science over to the policy-makers and have that science drive the final decision, but there are so many other factors - science is only one aspect. And if you’re speaking two different languages - political and scientific - it can be difficult.

’I would never compromise the quality of the science in order to have more politically-minded scientists on the board, but I think we could present our findings in a more convincing way. I’d like to perhaps have tutorials at our quarterly meetings, looking at the regulatory process, and the journey from a scientific report to a policy decision.’

Swackhamer will lead her first SAB meeting as chair in October, and hold a retreat for the board in January 2009. This is where the board will set the new agenda for self-directed research programmes. And she is optimistic that a new administration will give the agency new opportunities. ’Climate change, the protection of ecosystems and human health are intrinsically linked - you only have to look at how the changing climate is altering the pattern of disease burdens. This will all need to be incorporated into research programmes.’