John Ruck Keene, whose career at the society spanned more than three decades, has passed away aged 97 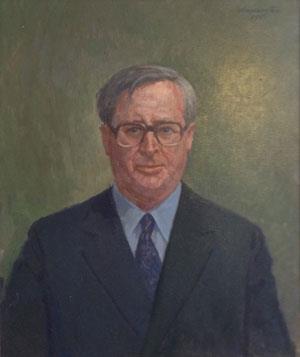 Ruck Keene’s career at the society spanned over three decades. As leader of the Chemical Society, he oversaw its amalgamation with the Royal Institute of Chemistry, Faraday Society and Society for Analytical Chemistry to become the RSC in 1980.

Born in Yorkshire in 1917, Ruck Keene was an enthusiastic chemist at school and went on to study chemistry at the University of Cambridge. He joined the Territorial Army in 1939, and served during the second world war in Northern Ireland and north-west Europe as part of the Oxford and Buckinghamshire Light Infantry. Rising to the rank of major, he was awarded an MBE, which would later be raised to a CBE for his work at the Chemical Society.

Ruck Keene began working at the Chemical Society in 1946, organising the centennial celebrations before becoming secretary general a year later. He remained in this post for the next 34 years. After the lengthy merger between the four major chemical societies was completed in 1980, he was chosen as the first secretary general and chief executive of the newly created RSC, and is named in the Royal Charter displayed at the society’s headquarters in London, UK. He retired in 1981 and was named an honorary fellow of the society in 1982.

Robert Parker, chief executive of the RSC, paid tribute to his predecessor: ‘I am saddened to hear of the passing of a man whose great service to chemistry laid many of the foundations of the Royal Society of Chemistry as it is today,’ he said. ‘The achievement of amalgamating the societies was a demanding task of over eight years’ work and has led to us becoming the world’s leading chemistry community. Coupled with his 35 years of service, including a remarkable 34 as secretary general, John Ruck Keene’s efforts are truly worthy of our gratitude.’