International agreements on intellectual property (IP) threaten the flow of generic HIV drugs from India to developing countries, according to a new report.

India has established itself as the ’pharmacy of the developing world’, and since 2006, generic manufacturers in the country have accounted for 80 per cent of the antiretroviral (ARV) drugs bought by developing countries with money from donor organisations, report researchers from Boston University and Harvard Kennedy School of Government in the US and Unitaid, an international organisation that aims to increase access to cheap drugs for developing world problems.

But according to the report, the World Trade Organization Agreement on Trade Related Aspects of Intellectual Property Rights (Trips), which India was obliged to accept in 2005, is harming supply: ’The introduction of product patents in India is severely constraining the generic competition and supply, particularly for newer medicines,’ the authors say. 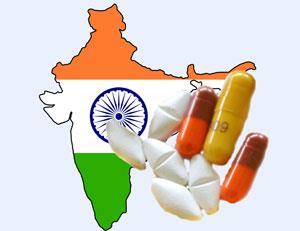 Furthermore, free trade agreements currently under negotiation, including those between the EU and India, contain ’measures that could delay or restrict competition from generic medicines’.

’Rather than agreeing to inappropriate IP obligations through free trade agreements, India and its trade partners should ensure that there is sufficient policy space for Indian pharmaceutical manufacturers to continue their central role in supplying developing countries with low-priced, quality-assured, generic medicines,’ the report concludes.

Stronger IP arrangements could encourage investment in developing world problems by multinational companies, says Daniele Archibugi, an expert in the economics and policy of technological change based at Birkbeck College, University of London, UK. But in general, such agreements are not in the interests of developing countries as they can drive up the price of goods.

According to Archibugi, developing countries did not negotiate enough compensation when they signed up to the Trips agreement. He says they could seek to rebalance the deal by deferring for as long as possible enforcement of the regulations, which would occur at a national level. In addition, he advocates public financing of vaccine research.

Legal protection is particularly significant in the drug industry, where ’imitation costs’ are very low, he adds.

But report co-author Suerie Moon, from the Harvard Kennedy School of Government, says patent protection is not enough to drive R&D for developing world problems. In poor regions, the resulting higher prices simply mean patients will not buy the drugs they need. The drug industry makes most of its money in wealthy countries, she adds.