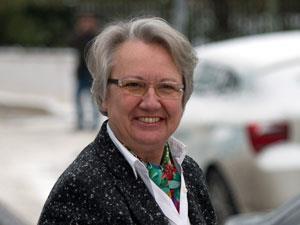 Annette Schavan, Germany's research minister, may lose her job over claims she plagiarised parts of her thesis

Annette Schavan, Germany’s research and education minister, has had her doctoral degree revoked after the University of Dusseldorf concluded that she had deliberately plagiarised large portions of her 1980 theology dissertation.

Last night’s announcement triggered a flood of headlines across Germany, as Schavan is not only a key member Chancellor Angela Merkel’s cabinet, but also one of the chancellor’s closest political allies. The revocation has become a highly divisive political issue with Merkel facing a re-election battle in September. It is also dividing the scientific community, with some of Germany’s largest research institutions appearing to side with Schavan.

The university issued a lengthy statement explaining its decision. Schavan has repeatedly denied that she knowingly plagiarised portions of her 351-page dissertation, but has admitted that it might have diverged from standard citation rules.

Speculation in recent weeks has been rife that she would be forced to resign if stripped of her doctoral degree. However, Schavan, who is on official government business in South Africa, remained defiant. She was quoted in the German press as saying: ‘I will not accept the decision by the University of Dusseldorf and will file a lawsuit.’

On the research ministry website, her biography still states that she holds a doctoral degree.

Suspicions about Schavan’s thesis were first aired in May 2012 in an anonymous internet posting. At Schavan’s request, the University of Dusseldorf appointed an expert to investigate.

In 2011, defence minister Karl-Theodor zu Guttenberg was forced to resign after he was found to have plagiarised huge portions of his dissertation. Since then, so-called ‘plagiarist hunters’ have been sifting through dissertations of other politicians. The hunters have also created a website documenting Schavan’s alleged plagiarism.

In October the news magazine Der Spiegel reported that the expert investigating Schavan’s dissertation concluded that she had deliberately plagiarised a number of passages. In January, a University of Dusseldorf committee voted 14 to 1 to hold a special investigation to determine whether the dissertation should be declared invalid.

After that university decision in January, the Alliance of Science Organisations issued a joint statement outlining correct procedures for plagiarism investigations. The statement was widely interpreted not only as a criticism of the university’s investigation of Schavan, but also as support for her. Alliance members who signed the statement included the German National Academy of Sciences Leopoldina, the Max Planck Society, the Fraunhofer Society and the German Research Foundation (DFG), Germany’s largest research funder.

The University of Dusseldorf responded that its investigation of Schavan was legally sound and that the statement of the Alliance of Science Organisations was an attempt to put pressure on the university. Other academics spoke out in support of the university, including Bernhard Kempen, head of the German Association of University Professors and Lecturers, who was highly critical of the Alliance statement.