This year’s Nobel prize for physics has been awarded to Andre Geim and Kostya Novoselov for the discovery of graphene - single atom-thick layers of carbon. The researchers from the University of Manchester, UK, were awarded the prize, worth SEK10 million (?937 000), for their finding that flakes of material can be pulled from graphite using sticky tape. 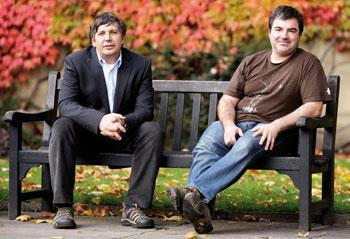 The discovery was made by chance in what Novoselov describes as a ’fun Friday afternoon project’. But it quickly spawned a huge field of research, as the unique properties of graphene were explored and exploited. ’Graphene is a marvellous material to work with,’ says Novoselov. ’Anybody can do it - which is probably why it has spread so widely so quickly.’

Graphene combines a huge variety of physical and chemical properties in a single material, adds Novoselov. This makes it suitable for a wide range of applications - not least in electronics, sensing and fundamental studies of the way electrons behave when confined in two dimensions.

Alan Usher, director of the Centre for Graphene Research in the UK, says he is not surprised by the award. ’For decades graphene was seen as a purely theoretical interest because in the 1930s it was predicted that it couldn’t be stable,’ he says. ’But Geim and Novoselov decided not to believe the theory and just tried it for themselves.’ He adds that the simplicity of the ’sticky tape’ technique they employed only makes the discovery more remarkable: ’that’s the kind of science that really deserves recognition.’ 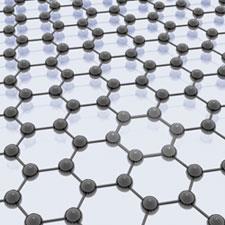 Geim’s research group has a history of slightly unconventional research projects - including levitating a live frog inside a large electromagnet, for which he shared the Ig Nobel prize for physics in 2000. The Ig Nobels are presented every year at Harvard University, US, for research that ’could not, or should not, be repeated’. However, Novoselov is convinced that such projects can play an important role in research. ’The fact that we are allowed and even encouraged to do this kind of project is not only very entertaining,’ he says, ’it also helps us to think in more innovative ways.’

That sentiment was echoed by Martin Rees, president of the UK’s Royal Society, as he congratulated Geim and Novoselov on their ’extraordinarily creative’ research. ’It would be hard to envisage better exemplars of the value of enabling outstanding individuals to pursue "open-ended" research projects whose outcome is unpredictable,’ Rees adds.

With the pressure to secure a steady stream of publications and the prospect of funding cuts, there is little incentive for researchers to engage in these kinds of projects. ’We’re certainly not encouraged to take risks as much as we should be,’ agrees Usher.

Novoselov and Usher agree that the future of graphene technology lies in being able to make large scale devices. They point towards work by Jong-Hyun Ahn and Byung Hee Hong of Sungkyunkwan University, Korea, who made a 30-inch transparent graphene film and a functional touchscreen display earlier this year (see Chemistry World, August 2010, p22). ’That pretty much enables any kind of device fabrication,’ says Usher, although he adds that there is still work to be done to improve the quality of such large scale films. 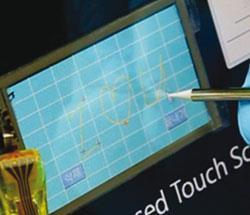 Novoselov is enthusiastic about the future for graphene research: ’we have a fantastic time playing with graphene,’ he says. ’Every day we go into the laboratory something new comes out.’