How to keep beer fresher for longer

Venezuelan researchers have identified a chemical pathway that can be blocked to help preserve the fresh flavour of beer during storage.

Efforts to prolong beer freshness have previously focused on the oxidative pathways involved in beer ageing. But chemists at the Empresas Polar brewing company and Sim?n Bol?var University in Caracas say that controlling a chemical process called the Maillard reaction could produce more noticeable improvements in flavour.

The Maillard reaction occurs between amino acids such as asparagine and reducing sugars, and is responsible for browning and flavour development during cooking, for instance in toasting bread. The reaction has also been linked to production of acrylamide, a known carcinogen, in foods such as coffee and crisps, although concentrations in beer are considered too low to pose a risk.

Scientists had thought Maillard processes to be unimportant in brewing after the initial heating steps, but Empresas Polar’s Adriana Bravo and colleagues have now shown that degradation products of the reaction continue to accumulate in beer even as it sits on the shelf, at far lower temperatures. 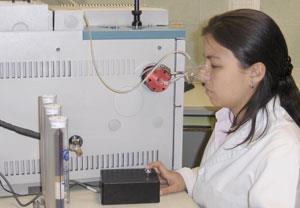 The ’sniff test’ can identify unwanted aromas lurking in your beer

Bravo’s team identified alpha-dicarbonyl intermediates of the Maillard reaction at between 20-30?C using nuclear magnetic resonance and mass spectometry. ’Some of the intermediates are increased during ageing and some are consumed,’ says Bravo. ’This behaviour tells us that they are very reactive and that they are probably related to the deterioration of beer during ageing.’

Degradation products of the intermediates, including phenylacetaldehyde and furaneol, produce caramel and floral odours associated with the flavour of aged beer.   The researchers used sniff tests to compare the levels of these compounds in fresh and aged beer and found that levels of some of the ’aged’ odours increased over time.

Bravo hopes that by studying and altering the conditions of the Maillard reaction they can develop new strategies for inhibiting the formation of key compounds involved in flavour deterioration. The team have already proved that it is possible to inhibit the generation of phenylacetaldehyde by blocking the pathway with diaminobenzene.

But diaminobenzene is toxic, and the researchers plan to develop strategies that do not involve adding any new ingredients. ’We have thought about the use of active packages, for instance, that can bind the intermediates, the precursors, or even the final flavour compounds,’ says Bravo.

David Griggs, development director at Brewing Research International, says Bravo’s research is likely to be closely scrutinised by the major brewing companies. ’Perception of product "freshness" is a key attribute for the beer consumer and the brewing industry is focused on improved flavour stability and shelf-life enhancement.’