US chemicals firm wins legal battle with the banks

The fallout from Hexion’s aborted takeover of rival US chemical company Huntsman finally seems to be over, with the banks that were supposed to fund the deal agreeing to pay Huntsman $1.73 billion (?1.04 billion) to settle a lawsuit that alleged they had interfered to derail the buyout - ending the last legal battle over the failed deal.

’This settlement with the Banks marks a very successful conclusion to this litigation for the company and all of its stakeholders,’ said Peter Huntsman, the company’s chief executive.

The move by Credit Suisse and Deutsche Bank to each pay $316 million in cash, and provide Huntsman with financing of $550 million apiece, follows the $1 billion payment made by Hexion in January to back out of the merger agreement the two companies made in July 2007 - when expectations for a continuing boom in sales of chemicals were still high. 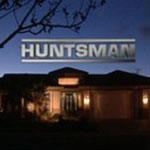 However, since the start of the economic downturn, demand for chemicals has plummeted, with many chemical companies becoming increasingly strapped for cash - Huntsman being no exception. Hexion’s owner, private equity firm Apollo Management, tried to get out of the agreement claiming that Huntsman’s increasing levels of debt would have made the merged company insolvent - a claim the Delaware Chancery Court dismissed in September 2008.

The judge in the Delaware Chancery Court found that Hexion had ’knowingly and intentionally’ violated the merger agreement and said it must now make ’all efforts necessary’ to complete the deal, or face a $3 billion claim for damages from Huntsman. The court also ordered that the 1 October deadline for closing the deal be extended.

However, the banks were unhappy with the decision and decided not to fund the merger, maintaining that combining the companies would render the pair insolvent. This left Apollo and Hexion in a difficult situation as they could no-longer finance the deal.

’Both Hexion and Huntsman are ready, willing and able to complete the merger immediately, but have been prevented from doing so by the banks’ breach. We are seeking judicial relief to compel the banks to fund the merger as required by their commitment letter and we intend to pursue this action vigorously,’ said Craig Morrison, Hexion’s chief executive.

But with no way to fund the deal, Hexion had to negotiate a termination of the agreement. On the 14 December the company announced that merger was off and that the $325 million termination fee would be funded by the banks. In addition to the termination fee, certain ’affiliates’ of Apollo agreed to make cash payments to Huntsman for $425 million as well as buying $250 million of 10 year convertible notes.

The settlement included an agreement by Hexion to help Huntsman in its case against the banks, and also resolved Huntsman’s pending court case that alleged that Apollo (and the banks) had interfered with the $9.6 billion merger agreement with European chemical company Basell that it gazumped.

Basell’s subsequent fate suggests the banks may have had good reason to fear the closing of the Huntsman-Hexion deal. After being outbid by Apollo, Basell went on to buy the Lyondell Chemical Company for $20.1 billion in December 2007. That move saddled the combined company with debts of around $26 billion - and when demand for chemicals plummeted due to the recession, the company ran out of funds to continue operating and had to place the US operations of the Lyondell Chemical Company into Chapter 11 bankruptcy.

Considering the size of the initial $3 billion claim, and the fate of the creditors of Basell, the banks may feel they have got off lightly. But the payout is large enough to suggest that they may hesitate before funding chemical industry deals in the future.