The European Union says it will ban the controversial monomer bisphenol A (BPA) as a raw material in baby bottles due to concerns over its impact on human health. Companies in the EU will not be able to sell or import baby bottles made using BPA after 1 June 2011.

BPA has been under intense scrutiny in recent years due to evidence of links to a range of reproductive and developmental conditions. The compound is primarily used as a monomer in the production of the most common polycarbonate - usually called simply ’polycarbonate’. In the polymerisation, it reacts with another monomer, phosgene, which removes water and leads to repeating carbonate (-O-(C=O)-O-) groups. 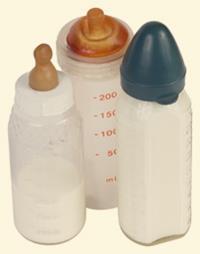 No more BPA in baby bottles from 2011

Polycarbonate is used in a wide range of applications including electronics, construction materials and automotive components. But it can degrade in the presence of water and release BPA leading to human exposure. Those critical of the use of the compound have been particularly vocal about baby bottles, which are subject to high-temperature sterilisation processes.

Government agencies around the world have generally endorsed the industry view that materials made from BPA are safe in their intended uses. In September, for example, the European Food Safety Authority said that there was no reason to change its 2008 opinion that exposure to BPA from food containers was well below safe limits. But this has not stopped national governments, such as those of France, Denmark and Canada, taking preventative measures, including bans of certain products.

The EU move has drawn criticism from the plastics industry, which says there is no new evidence to support a change in policy. ’We are disturbed; we are astonished,’ says Jasmin Bird from Plastics Europe, the European association for plastics manufacturers. ’This decision does not respect the processes we have in EU regulation for a material that has been approved for use in food contact,’ she adds.

Polycarbonate remains popular with manufacturers due to its unique combination of properties. It is highly transparent thanks to its amorphous molecular structure, and its aromatic rings make it highly resistant to shattering. Polymethylmethacrylate can be used as an alternative but it is not as strong.

The polycarbonate for baby bottles market is only a very small part of the total polycarbonate market, which has exploded in the last 20 years, driven in part by the demand for CDs and DVDs. Producers were hit hard by the financial crisis, which had a particularly negative impact on the automotive industry. Sales of polycarbonate products at German chemical group Bayer, for example, fell 21 per cent to

2.4 billion in 2008. But the impact does not seem to have been permanent. The company made sales of polycarbonate products of

2.1 billion in the first nine months of 2010. It has said it is focusing on new applications for the materials - one is the use of polycarbonates as a lightweight material for car windows.

Whether new markets for polycarbonate will secure the future of the material remains to be seem. But for now one thing is certain: ’The market for baby bottles is gone,’ says Bird.