Any increase in Ireland’s corporation tax rate as part of a financial bailout could hurt the country’s rapidly expanding pharmaceutical industry, currently its largest contributor to corporation tax.

Ireland is in talks with the European Union and the International Monetary Fund regarding a potential rescue package to stabilise the Irish banking system and protect the euro. So far Irish leaders have ruled out any increase in its corporation tax rate as part of the deal. But media reports have suggested that member states may try to force an increase to guarantee a return on their investment.

Ireland’s corporation tax rate of 12.5 per cent is amongst the lowest in Europe. A spokesperson for the Irish Pharmaceutical Healthcare Association (IPHA) says: ’Corporation tax is very important to the industry. It is one of the primary reasons why the industries came to Ireland and continue to invest in the Irish economy.’ Indeed, 13 of the largest 15 pharma companies, including Bayer, Pfizer, GlaxoSmithKline, AstraZeneca and Roche have at least one manufacturing site there. This has helped Ireland become the second largest net exporter of medicines in the world. 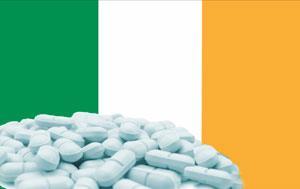 The Irish pharma industry employs 24,500 people, according to IPHA figures

3 billion (?2.6 billion) in total tax receipts to the Irish economy. More recently, there have been signs that drugmakers are interested in the country for more than just manufacturing. Earlier this year, for example, Warner Chilcott moved its global headquarters from the US to Ardee in Ireland.

The European Commission representative for Ireland describes media reports as ’mere speculation’, adding that ’the government has stated its intentions very clearly that it will not be looking to increase the corporation tax’.

Two weeks ago, Puerto Rico changed its taxation system so that from next year most multinational corporations will have to pay much higher taxes to compensate for lower taxes paid by individuals. ’In Puerto Rico, the governor’s decision to increase taxes is negatively impacting the multinational corporations,’ the IPHA spokesperson says. ’This is what will happen in Ireland if the corporation tax is increased. It will reduce our global competitiveness to attract foreign investors.’