Scientists in the Netherlands have obtained the first evidence of a lifeform dependant on rare earth metals. The work may lead to the discovery of other previously unknown lifeforms and could advance rare earth bio-mining.

We use lanthanides every day as the red colour in our televisions, to reduce emissions from our cars and to communicate fibre-optically. However, no one had considered that these rare earth metals could have an essential role in biology. 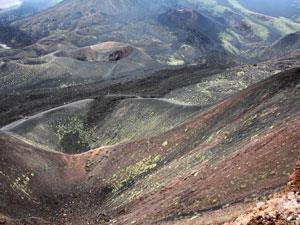 The team found the bacterium while investigating a discrepancy in the predicted and calculated methane levels in a volcano. ‘The methane consumer we identified appeared to be quite different to what was known – it was from a completely different phylum’ says Op den Camp. But when the team tried to study it, they found that it would only grow in the mudpot medium taken from the volcano. Thus began a six-year struggle to find the mudpot’s mystery.

‘We had absolutely no clue what to look at, but one of the first things you should eliminate is if it’s a vitamin and hence an organic compound,’ explains Op den Camp. Having excluded organic substances, they investigated the inorganic components, and found they included the rare earth metals cerium, lanthanum, praseodymium and neodymium. On adding these elements to the growth medium, the bacterium flourished. Op den Camp and his team were stunned: ‘It was quite remarkable; we never believed [these elements] to be essential in an organism.’

It appears that the bacterium incorporates a lanthanide ion into its methane digesting enzyme, methanol dehydrogenase, which generates the energy needed for growth. In other methanotrophs this role is usually performed by calcium ions, but the crystal structure of the enzyme confirmed the team’s suspicion: ‘We found that the active space in the enzyme was too large to house the usual calcium ion and instead, that cerium was a perfect fit.’

‘This fascinating work has important implications for studies of most other methanotrophs growing on methane or methanol’ says Chris Anthony from the University of Southampton, who first found the classic methanol dehydrogenase 50 years ago. ‘It raises the possibility that this alternative enzyme may be more prominent in nature than the classic calcium containing enzymes, especially in environments containing a high enough concentration of rare earth elements.’

The discovery has prompted Op den Camp’s group to look for other previously unknown methanotrophs. ‘This could open up a new field … the inclusion of lanthanides could be widespread,’ says Op den Camp. Anthony agrees, ‘perhaps my career would have been different if I had thought of adding rare earths to my lab media,’ he adds.

The discovery also hints at using the bacterium for bio-mining of rare earth elements. This is a distant goal says Op den Camp, as only one atom of cerium is needed per molecule of the enzyme. However, he thinks that it could be possible to synthesise a variant of the enzyme that incorporates more lanthanides, especially as his team knows the genome sequence for M. fumariolicum SolV.