The momentum for growth of China's science and technology budget has slowed this year, according to the New Year's fiscal plans

China’s science and technology (S&T) budget has increased by 12.5 per cent compared to last year, but its growth momentum has slowed, according to the New Year’s fiscal plans revealed in a meeting of the National People’s Congress (NPC), China’s legislature.

According to the central government’s fiscal report given to the NPC on 5 March, the central government plans to spend Yuan194.4 billion (?18 billion) on S&T in 2011. Although the budgeted S&T growth is higher than last year, the momentum for its dramatic increase - often around 20 per cent - in the first decade of the 21st century has gone. 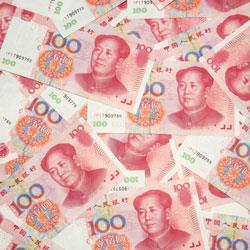 ’After several years of high-speed growth, the total amount of China’s S&T budget is not small, but the key is that it is efficiently and reasonably spent,’ says Fan Chunliang, a senior research fellow at the Institute for Policy and Management at the Chinese Academy of Sciences, Beijing.

While the increase in S&T budget has been welcomed, there are concerns that the money is not efficiently spent, particularly for large projects. In September 2010, two scientists, trained overseas, Rao Yi at Peking University and Shi Yigong at Tsinghua University, published an editorial in Science magazine1 suggesting that in big research programmes non-scientific factors such as personal links have overtaken scientific excellence in making funding decisions.

Chen Yiyu, director for the National Natural Science Foundation of China, says that the fiscal input from the central government to his foundation for 2011 will be Yuan12 billion, a rise of nearly 20 per cent compared to 2010.