Researchers have identified specific biomarkers for schizophrenia, a discovery which could pave the way to more accurate diagnostics, improved treatments, and could even be the starting point for the development of preventative medicines. The study, led by Sabine Bahn at the University of Cambridge, UK, is published this week in the online journal PLoS Medicine.

Bahn and her colleagues took a novel, biochemical approach to psychiatric diagnosis. They looked for psychosis-associated changes in levels of biological molecules in the cerebrospinal fluid (CSF), fluid which circulates around the brain and spinal cord, cushioning and protecting them. 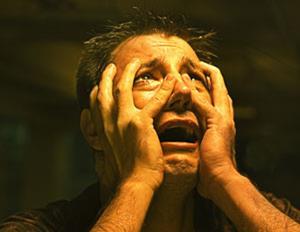 Using surface-enhanced laser desorption (SELDI) mass spectrometry, they measured the levels of proteins and peptides in CSF samples from more than 50 adults with schizophrenia. Their results showed that levels of some of these molecules were elevated in schizophrenic patients. They also saw changes that were characteristic to a limited number of samples taken from patients with depression.

Jeffrey Huang, Bahn’s Cambridge colleague and part of the team, told Chemistry World that the discovery of these specific biomarkers could redefine psychotic disorders and address some fundamental limitations of current diagnostics. ’At the moment, psychiatric tests for these disorders are very subjective. We now have a way to develop a test that is completely objective and potentially accurate and which could categorically tell these conditions apart.’

Bahn’s research group are now collecting samples of CSF from patients with other central nervous system (CNS) disorders including Alzheimer’s and Parkinson’s disease, and bipolar disorder. Their aim is to create biomarker profiles for each of these conditions.

’Sampling CSF is the closest that you can get to a sample from the brain,’ said Huang. ’If there is a chemical change in the brain, it will be reflected in the CSF and we can measure it.’

Schizophrenia affects approximately one per cent of the population worldwide. The cause is unknown and current treatments have limited effects.

Akira Sawa, a psychiatric researcher from Johns Hopkins University in Baltimore, US told Chemistry World that biochemical markers for mental disorders would be valuable for clinical diagnosis. ’It is impossible to perform a biopsy of the brain so the use of CSF may be a great substitute,’ he said. ’Samples of CSF can also be taken repeatedly, in a clinical setting, to study the progress of the disorder, the effects of medication, and so on.’

’We are a long way away from prevention of these psychiatric disorders,’ added Huang. ’But, by learning more about their biochemistry and by tracking their progression, we can take steps towards that ultimate goal.’