A new carbon based material for supercapacitor electrodes could allow them to store the same amount of energy as a lead-acid battery but with much faster charge times. The porous material shows power densities an order of magnitude better than current carbon supercapacitors and can be made in a simple method that could be easily scaled to industrial quantities.

’Frankly what happened was a big surprise’ says Rodney Ruoff, who developed the material with colleagues at the University of Texas at Austin, US. The group used a ’cookbook’ recipe for activating carbon using potassium hydroxide, but whereas industry uses biomass like coconut shells, Ruoff used graphite oxide. 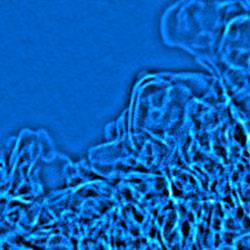 ’What we expected to happen was to just have holes running through the structure,’ says Ruoff. ’But what happened was the potassium hydroxide restructured the carbon that we started with to make a three dimensional porous network.’

Ruoff admits he doesn’t know how the potassium hydroxide manages this trick, and says he thinks it’ll be really interesting to find out. If too much KOH is added then all the carbon reacts to form potassium carbonate, but when less is used, it rearranges the layers of carbon to give a continuous microporous structure.

Once the lab realised they had a material with such a high surface area, says Ruoff, they decided to try it in their supercapacitor research, ’and it was really good’.

Liming Dai, who works on activated carbon electrodes at the University of Dayton, US, says Ruoff has shown ’a simple and powerful new method for cost-effectively producing an ideal electrode material.’ He also says that work may well have a much broader scope for synthesising other novel 3D graphene-based structures that could soon be commercialised.

What Ruoff says he is particularly excited by is the fact that the material works best with ionic liquid-based electrolytes. This is the inverse of most electrodes, which usually work best with aqueous electrolytes. Ionic liquid electrolytes can work over a much bigger voltage window, which often leads to better energy densities. While capacitors can charge and discharge very fast, the amount of energy they can pack in has traditionally lagged behind batteries.   The team estimate that a packaged device using this new electrode material could have an energy density similar to the lead-acid batteries used in cars.

Ruoff says he doesn’t think the material is optimised yet and he hopes that he’ll be joined by other scientists to investigate and further improve it.