Ian Pearson, formerly of the Department for Environment, Food and Rural Affairs, has replaced Malcolm Wicks as science minister

Ian Pearson, formerly of the Department for Environment, Food and Rural Affairs, is the UK’s new science minister. 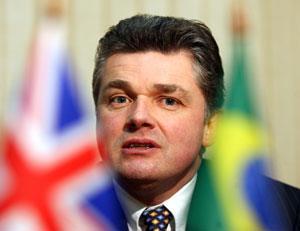 Ian Pearson, minister of state for business and science

Pearson had been minister for climate change and environment at Defra since May 2006. He takes over from Malcolm Wicks, who was science minister for only eight months following Lord Sainsbury’s resignation last November.

The news was welcomed by the Royal Society. ’ Climate change has had a high profile in government while Ian Pearson was responsible for that area,’ said society spokesman Bill Hartnett. ’We hope that a similar enthusiasm for the role of science in the UK will follow him into the new ministry.  It will certainly be required if we are to strengthen the science base in the UK and ensure a greater interaction between science and industry.’

Spread the word using the ’tools’ menu on the left.