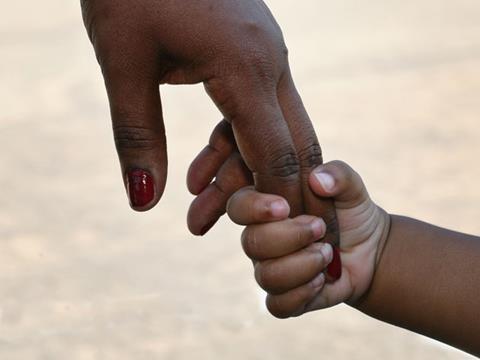 A DNA test to detect HIV in infants in resource-poor countries is a step closer, thanks to a technique to amplify DNA samples developed by US scientists.

Currently, there are no suitable methods to test for HIV in infants in resource-poor areas. The rapid anti-HIV antibody tests for adults can’t be used for early diagnosis in infants. This is because maternal anti-HIV antibodies persist in infant blood for 18 months after birth, even in HIV-negative infants, resulting in false positives.

Efforts to improve infant HIV tests include analysing DNA extracted from dried blood spot samples using the polymerase chain reaction to amplify the DNA, but this requires expensive equipment and trained technicians. It can also take four weeks to get a results, so for the many patients who aren’t able to return to the clinic, an instant result is more practical.

Now, Brittany Rohrman and Rebecca Richards-Kortum at Rice University, Houston, have made a paper and plastic-based device that can amplify 10 strands of HIV DNA to detectable levels in just 15 minutes using dried blood samples.

The plastic part is the base and the paper parts were glued to this layer. The team then pipetted two buffers onto separate paper components - a master mix containing the primers, probe and buffer for enzyme rehydration, and a magnesium acetate solution, which starts the amplification reaction. ‘The paper part is dipped into a sample containing target DNA and absorbs the fluid. Then, the user folds the arm over the paper pad containing the master mix. Finally, the entire device is folded in half to mix the magnesium acetate with the sample and master mix. The device is incubated for 15 minutes at 37oC before being peeled apart to access the amplification products in the paper,’ says Richards-Kortum. The products can then be detected using lateral flow strips (chromatographic test strips).

‘This is a critical step towards the creation of high-sensitivity nucleic-acid-based detection tools for use in point-of-care applications,’ says Elain Fu, who works on microfluidics-based sensors for point-of-care diagnostics at the University of Washington, US. ‘However, as acknowledged by the researchers, there are challenges to be addressed.’ One of the things Fu suggests is integrating sample preparation and detection into one device, which is actually one of Richards-Kortum’s long term goals.

‘We'd like to include a way to store the master mix and magnesium acetate solution in the device to avoid the need for a pipette,’ adds Richards-Kortum. ‘We're also planning to include a tab containing the amplification products that can be pulled out after incubation. This will make the device more user-friendly.’