Plants and microorganisms are the original synthetic chemists

Greg Challis is a professor of chemical biology at the University of Warwick in the UK. Research in the Challis group encompasses the discovery, biosynthesis, bioengineering and mechanism of action of bioactive natural products. 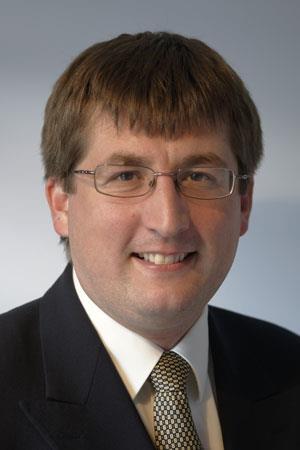 Who or what inspired you to become a scientist in the first place?

It was my sixth form chemistry teacher Mr Bashir. Through my early teenage years I wasn’t considered by my school teachers to have much aptitude for science. This was reflected in my grades, which were distinctly average. Looking back I now realise that they failed to convey the excitement of science to me. My A-level chemistry teacher, Mr Bashir, was different to the other teachers. He was very inspiring and as a consequence my performance improved. I managed to get an A grade in A-level Chemistry and distinction in S-level Chemistry. I went to Imperial College London to study Chemistry and never looked back.

You work on natural products – why is this an exciting area of research?

Natural products have a myriad of applications in medicine and agriculture. They have formed the basis for development of antibiotics, anticancer agents, cholesterol-lowering drugs, obesity drugs, immunosuppressants, herbicides, insecticides and fungicides.

Chemically they’re also some of the most structurally complex things out there. A big interest for us is to understand the mechanisms used in nature for assembling such complex bioactive structures. This is partly motivated by how challenging it is for chemists to synthesise these structures. In the lab we like to think of the producing organisms, in our case bacteria, as the Earth’s first synthetic chemists. They have been making these kinds of structures for tens or perhaps even hundreds of millions of years.

Another aspect that we find fascinating is the remarkable insight genomics has offered into the distribution and diversity of pathways for natural product assembly. This has taught us that the range of compounds isolated by traditional bioactivity-guided isolation methods is only a small fraction of the total number out there. Genomics is revolutionising the way people go about discovering natural products. We have an active programme that exploits genome sequence data to discover novel natural products. This has been pretty successful and is probably what my group is best known for.

So would you say this is the scientific achievement you are most proud of?

It is one of our most important achievements. We were among the first to show that you could take the genome sequence of an organism and analyse it to predict the kind of metabolites that it might make and then use those predictions to isolate novel compounds with interesting biological activities. This approach has now been adopted by industry. For example, the pharmaceutical company Sanofi and Third Rock Ventures recently invested $125 million (£77.5 million) in Warp Drive Bio, a new biotech company that aims to develop a genomics platform to unlock nature’s drugs.

My group has also contributed widely to the discovery and mechanistic investigation of novel biosynthetic enzymes. We have made several important breakthroughs in this area that will underpin future pathway engineering efforts aimed at producing novel natural product analogues.

How did you come to specialise in natural products?

I was an undergraduate at Imperial College London, where the Chemistry Department has a very strong natural products tradition, but during my time there research was primarily focused on natural product total synthesis. I was captivated by the complex molecules that researchers there were trying to synthesise and I started to wonder how nature goes about making these kinds of structures. So I applied to Oxford to study for a DPhil under Professor Sir Jack Baldwin’s supervision. At the time his group were very interested in trying to understand how penicillins and cephalopsorins are made by the bacteria and fungi that produce them. I was lucky enough to be offered a place, which I enthusiastically accepted. Working in Jack’s group opened my eyes to the highly interdisciplinary nature of such studies, encompassing organic synthesis, molecular genetic manipulation, enzymology and structural biology.

What’s going to be the next big thing in your field?

Molecular genetics and genomics have revealed amazing diversity in the enzyme-catalysed reactions used by nature for the assembly of natural products. One key challenge will be to find effective ways to harness these reactions and their associated biocatalysts, not only to produce novel natural product analogues, but also for greener synthesis of fine and speciality chemicals, as well as the production of platform chemicals and biofuels. This feeds directly into the rapidly emerging field of synthetic biology, which has among its aims the engineering of modified biosynthetic pathways to yield useful products. In many cases, a detailed mechanistic understanding of such reactions will be required to allow them to be harnessed effectively. Scientists with a rigorous chemical training will have a big part to play in this.

We know from genomic analyses of bacteria we are able to cultivate in the lab that they harbour a huge number of as yet uncharacterised natural product biosynthetic pathways. But those bacteria probably represent less than 1% of all microorganisms out there and metagenomics has begun to show that many uncultivated bacteria also have uncharacterised pathways for making natural products. However, if you can’t grow a microorganism how can you find out what natural product it makes? One solution is to take the genes encoding pathways from uncultivated microorganisms and put them into well-characterised industrial microorganisms to see if they can be coaxed into assembling the metabolic products of the pathways. This kind of approach is one that many labs are currently trying to develop and represents another important goal for synthetic biology.

Why can’t you grow some of these microorganisms in the lab?

I see you’ve recently been awarded a Royal Society Wolfson Research Merit Award. Many congratulations. What does this award mean to you?

It recognises the achievements of my research group over the past 12 years and is testament to their creativity and dedication. I’m very fortunate to have had the opportunity to work with such an amazing group of people. These awards provide universities with additional support to enable them to retain respected scientists of outstanding achievement and potential within the UK.

Do you think the UK has a problem retaining the best scientists?

Science is very competitive, so it is not uncommon for the best scientists in the UK to be approached by overseas institutions. I suspect such approaches are given serious consideration, given how tough it is to obtain research funding in the UK at the moment. I know of colleagues at other institutions in the UK who have moved overseas because they were finding it too tough to obtain funding for PhD students.

Have you ever had a problem finding funding for PhD students?

I’ve always been pretty lucky, although it certainly has got tougher in the UK over the last five years to find funding for PhD students. The number of studentships provided by the research councils has dropped dramatically. I’m fortunate because Warwick runs a competitive PhD scholarship scheme that supports around 40 students each year across the University. In each of the last three years I have been lucky enough to recruit a student supported by one of these scholarships. Not every institution runs this type of scheme and colleagues at those that don’t find it tougher to fund students. This is why they are tempted to move to other countries, such as Germany, where more funding is available to support students.

What advice would you give to a young person who is considering a career in science?

Use your education to explore what aspects of science you find really exciting. My interests evolved a lot when I was an undergraduate student. Having done maths, physics and chemistry at A-level, and physics as an option in my first year of University, I was initially interested primarily in the physical side of chemistry. But as I progressed through my undergraduate degree I became more and more interested in the organic and biological aspects of the subject. I didn’t have any formal training in biology; I hadn’t even done GCSE biology. So I had to pick up the basics by reading textbooks. But I was fine with this because I knew I needed to familiarise myself with biology to pursue the career I was passionate about.

My other piece of advice would be: don’t be afraid to take risks by stepping out of your comfort zone. I spent a year working as a postdoctoral research fellow in the Department of Genetics at the John Innes Centre in Norwich. This certainly took me out of my comfort zone, but it was one of the best things I ever did. It immensely expanded my scientific horizons.

Do you have a favourite natural product?

That’s a tough one! We have worked on a lot of different natural products, each of which has a different personality. I would be reluctant to single one out because each has been interesting and important in its own way. One compound we have done a lot of work on is streptorubin B. The last step of its biosynthesis involves a carbocycle-forming reaction at a very unreactive carbon centre. It’s a truly really remarkable reaction that can’t be replicated by man-made catalysts. We recently discovered the enzyme responsible for this transformation, along with a related enzyme that catalyses an analogous reaction in the biosynthesis of a similar natural product called metacycloprodigiosin. However, the regio- and stereochemical outcome of the two reactions is very different. To have discovered two very similar enzymes that take the same substrate and convert it into quite different products using such unusual chemistry is really amazing.

When you’re not doing science, what do you enjoy doing?

I have several interests outside of science. I’m a keen photographer – I recently took the “official” photographs at the wedding of my partner’s sister, which was fun but stressful! I also enjoy carrying out home improvements. I am currently re-landscaping our back garden, which has proved to be a major undertaking, but will be worth the effort once it’s finished.