Report serves up food for thought for European agency 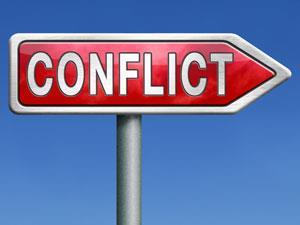 The European Food Safety Authority (EFSA) has rejected allegations in a recent report that the integrity of its scientific recommendations and risk assessments could be compromised by ‘loopholes’ in the agency’s independence policies.

In Unhappy meal: The European Food Safety Authority’s independence problem the Corporate Europe Observatory (CEO) estimates that 58% of the 209 scientists sitting on EFSA panels have direct or indirect links with industries regulated by the agency. ‘This situation casts a severe doubt on the credibility of the scientific output of the key body responsible for food safety at the EU,’ the report states, noting that EFSA is responsible for evaluating ‘crucial public health issues such as food additives, packaging, genetically modified organisms, contaminants and pesticides’.

Sue Davies, chair of EFSA’s management board, said she ‘read with interest the latest report from Corporate Europe Observatory on alleged conflicts of interest’. However, she said in a statement that EFSA has already launched an initiative in recent months to improve transparency in scientific decision-making processes and public access to its work.

‘The management board is confident that the policy EFSA has in place to ensure independence in its scientific work is robust,’ she said. ‘The board is also satisfied that EFSA is implementing its own rules effectively as they apply to the selection of experts and the assessment of declarations of interest.’

Caught in the cross-hairs

Martin Pigeon, co-author of the report, tells Chemistry World that he does not understand how the board can so quickly dismiss the report, ‘even though we understand that it also needs to protect and defend EFSA’s reputation’. ‘We basically showed that [EFSA’s] policy was neither robust nor consistently implemented. We hope that the board’s recommendation to EFSA to consider our findings and recommendations closely will be implemented.’

EFSA and its policies have for several years been the target of reports from CEO, a self-described ‘research and campaign group working to expose and challenge the privileged access and influence enjoyed by corporations and their lobby groups in EU policy making’. In Unhappy meal, CEO notes that ‘after several conflicts of interest scandals’ in 2012 EFSA implemented new rules for assessing its experts. However, CEO says that the ‘main loophole’ in its rules is that EFSA’s assessment of experts for scientific panels is ‘too narrow’.

‘The current approach enables dozens of experts with multiple commercial interests (consultancy contracts, research funding, etc) to still be granted full membership of EFSA panels, including a majority of panel chairs and vice-chairs,’ the report states. CEO’s analysis of the 209 experts on 10 EFSA panels and the scientific committee found that 122, or 58%, ‘have at least one conflict of interest with the commercial sector’.

An EFSA spokesperson responded that ‘CEO assumed that experts should have no commercial ties related to any aspect of EFSA’s remit’. But EFSA has ‘a different approach that assesses interests in the context of the role that the expert will assume, the work that they will carry out and the remit of the scientific group’. The spokesperson emphasises that EFSA rules prohibit anyone employed by industry or a full-time paid consultant from being on an EFSA panel or working group.

‘EFSA applies a robust set of internal mechanisms and working processes to safeguard the independence of its scientific work,’ the spokesperson says, adding: ‘All of the experts currently working for EFSA have had their declarations of interest assessed against this framework and they were considered not to have a conflict.’

Pigeon could not, however, cite any EFSA recommendations or risk assessments that were influenced by panel experts with links to commercial interests. ‘This aspect is a dead spot in our report and when we say that “this casts a severe doubt on the credibility of the scientific output”, this is indeed nothing more than a doubt, as we simply could not address it in an updated and consistent manner – the work involved would have been colossal and we are not trained toxicologists.’

The report specifically names the International Life Sciences Institute (ILSI), whose members include food and beverage, agricultural, chemical and pharmaceutical companies, as having ‘been at the core of past controversies with EFSA’. The report notes that EFSA is still has ongoing collaborations with the ILSI.

Stephane Vidry, senior scientific programme coordinator for the institute, denies that it has ongoing collaborations with EFSA. He declined to specifically address the report’s assessment of EFSA’s independence policies.

‘ILSI Europe promotes collaboration among leading experts from academia, government, and the public sector to conduct, gather, summarise and disseminate science,’ he says. ‘ILSI Europe has a very high reputation among the scientific community given the value it creates in providing an open forum for them to discuss key scientific issues and for the recognised quality of its peer-reviewed publications.’