Science advice rules made to be broken?

Rules for treatment of scientific advice in UK government unsatisfactory

Polly Taylor, a specialist in veterinary anaesthesia, quit the Advisory Council on the Misuse of Drugs (ACMD) after nine years’ service, expressing her dissatisfaction with the principles for scientific advice in government, published on 24 March. Her resignation came as the ACMD was due to present its findings on legal high mephedrone, subsequently banned by the home secretary under the Misuse of Drugs Act. 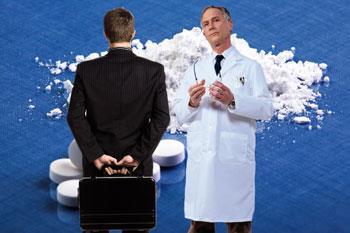 Are scientific advisers and politicians talking past each other?

The principles were compiled following the controversial dismissal of ACMD chairman David Nutt in October last year, prompting the resignation of five members of the council, including senior chemist, Les King. The guidelines intended to clarify the relationship between scientific advice and policy making, and strengthen confidence in the process of providing scientific advice to government.

Scientists should be free from political interference, say the guidelines, and academic freedom should be respected and valued. Government should not pre-judge advice or reject it before publication, and should explain any decisions that run contrary to the advice provided.

However, the principles contain a particularly contentious reference to ’mutual trust’ between advisers and ministers that many have criticised as subjective and inappropriate (see Chemistry World, April 2010, p7).

In her letter of resignation, Taylor said she was ’surprised and dismayed’ that the concerns of senior scientists had been rejected and this clause retained in the final draft, and that she felt compelled to resign from the ACMD due to her ’lack of confidence in the way that government will treat its advice’.

Government chief science adviser John Beddington expressed surprise at the resignation, saying that the ACMD’s submission to the consultation on the principles contained a reference to advisory committees and government working together to ’reach a position of mutual trust’.

Speaking to Chemistry World, Taylor said that the concept of trust should be taken as given rather than formalised in legislation in a way that could be abused. Other critics have echoed this fear that if trust is enshrined in the principles, it could be subjectively applied as grounds for dismissing council members.

Taylor feels the government’s actions concerning mephedrone further vindicate her decision to quit the council. ’It was pretty widely known that [home secretary] Alan Johnson was going to announce its classification, probably also what it was going to be classified as, even before half the council had seen the report, let alone considered it,’ Taylor says. The full council didn’t lay eyes on the final report until just hours before Johnson announced his decision at a press conference - a series of events that prompted a further ACMD resignation.

’You can argue about mutual trust because it’s subjective,’ says Taylor. ’But as for the principle that the government would demonstrate that it had considered the report before making a decision - it’s absolutely clear that that didn’t happen [in this case].’ Taylor believes recent events are beginning to take a toll on the ACMD’s reputation: ’I am really concerned that the ACMD is in a position where it carries a whole lot less credibility than it did,’ she says.

Liberal Democrat science spokesman Evan Harris heavily criticised the principles, calling on researchers to refuse to serve under them. Government had been warned that more advisers would resign if they felt pressured by ministers or lacked academic freedom, Harris claimed. ’Scientists are simply not prepared to be treated like Professor Nutt was,’ he said. ’If we treat scientists badly, then the government will not get good advice and we will suffer as a result.’

Disquiet in the council

King, who was involved with the ACMD for 15 years before he resigned last year, is still in touch with a number of council members. ’I generally sense unease from several of them,’ he told Chemistry World. ’I wouldn’t be too surprised if more do resign - though I wouldn’t want to predict that.’ Taylor agrees that there is disquiet in the council, and is surprised that more members didn’t resign following the publication of the principles given the strength of feeling following Nutt’s dismissal last year.

While five members of the council resigned after Nutt was fired, a number of them, including Taylor, decided to wait for the publication of the government’s principles. She says the unsatisfactory guidelines were the final straw - ’for me it reached a threshold; I wasn’t prepared to [work under those guidelines]’.

’We needed these principles but they have now been distorted by the government to their purposes,’ says King. ’The idea of the principles is good, but it’s the detail that has the devil in it.’

King was responsible for launching the investigation into mephedrone and the cathinone derivatives in October last year.

However, with a number of key chemists and pharmacologists leaving the ACMD over recent months, the council was forced to rely on external consultants to provide the scientific expertise it required. Taylor says she has ’concerns that the science base was somewhat lacking’ during the investigation, though King and two other chemists provided information to the ACMD to help it formulate generic legislation to control cathinone derivatives.

Taylor is quick to praise the members of the ACMD and the time, energy and dedication they put towards the council’s work. But the government’s failure to support the independence of scientists on advisory councils can’t, she feels, be forgiven. ’I think they do an amazing job, and I’m frustrated that they are now restricted in being able to offer completely objective advice.’