Ongoing controversy over the safety of diabetes drug Avandia

The ongoing controversy over the safety of diabetes drug Avandia proves that the US Food and Drug Administration (FDA) is in need of a radical overhaul, according to a growing band of scientists and politicians. 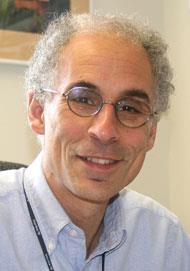 Evidence that Avandia (rosiglitazone), made by GlaxoSmithKline, could raise the risk of cardiovascular problems in some patients has triggered a series of investigations into the FDA’s regulatory procedures (see Chemistry World, July 2007, p16).

On 30 July, the FDA’s advisory committee on Avandia voted 22 to 1 to keep the drug on the market. But the committee’s chair, Clifford Rosen from the Maine Center for Osteoporosis, Bangor, US, highlighted a ’significant number of caveats’, such as not prescribing it to patients with a considerable risk of cardiovascular disease.

Less than two weeks later, Rosen highlighted important errors in Avandia’s approval process and called for a ’regulatory sea change’ for type 2 diabetes treatments. Writing in a commentary piece for the New England Journal of Medicine, he argued that approval must now be based on clinical rather than biochemical data.

’The question raised here is how do we judge drugs? Are we just looking at glucose reduction - just one surrogate of a very complex disease - or at patient-specific outcomes?’ he said. A dearth of effective drug treatments for type 2 diabetes (a condition caused primarily by the body’s resistance to insulin) means that any candidate drug that can reduce blood sugar is a hot prospect in a potentially huge market.

Nevertheless, Rosen emphasised that drug companies had not put pressure on the agency to speed a treatment with questionable safety data onto the market. ’GSK did nothing wrong - they carried out the clinical trials required of them,’ he told Chemistry World.

Steven Nissen, from the Cleveland Clinic in Ohio, who conducted the meta-analysis that highlighted the cardiovascular risks associated with Avandia, echoed Rosen’s call for regulatory reform. ’The problem with rosiglitazone and several other diabetes drugs is that the FDA never compelled properly designed clinical outcome trials,’ Nissen told Chemistry World.

Rosen added that the industry had persuaded the FDA to review drugs based on accepted biochemical surrogates - in this case, a reduction in blood sugar. ’There is a lot of pressure from companies [to do this] because they don’t have to recruit 10 000 patients in a large-scale clinical trial to measure a biomarker,’ he said. ’But it is always important to verify the effects of drugs via clinical trials.’

’We absolutely agree that the best way to answer questions about drugs is in randomised clinical trials, which we carried out with regard to Avandia,’ responded GSK spokeswoman Claire Brough, adding that blood sugar reduction was a ’good, validated surrogate of the disease.’

Time for a change

GSK has been robust in refuting Nissen’s analyis of Avandia, and it is not alone. In an article for Annals of Internal Medicine  published on 7 August, George Diamond and Sanjay Kaul at Cedars-Sinai Medical Center used different statistical methods to reanalyse the data used in Nissen’s study. ’Although the risks were still elevated, they were no longer statistically significant,’ the authors reported, adding that meta-analysis was no substitute for a clinical trial specifically designed to establish cardiovascular risk.

However, Rosen maintains that the signal of cardiovascular risk had been picked up in clinical trials but that the ’chronically under-funded’ and understaffed FDA had failed to recognise it until it was flagged by Nissen’s analysis: ’Some people have called for a minimum of two years safety data in the future but, in this case clinical trials were 6 months duration and we still saw the effect. It should have been spotted.’

Criticism of the FDA has been widespread since before the Avandia case. Merck’s COX-2 anti-inflammatory, Vioxx, was withdrawn after it was shown to increase the risk of cardiovascular disease - a study also conducted by Nissen.

Edward Markey, Democratic Congressman for Massachusetts, says that the time is ripe for an overhaul of the FDA while Congress considers the Prescription Drug User Fee Act (PDUFA). He recommends that the FDA be granted the authority to require labelling changes and to impose financial penalties upon companies that do not comply with regulation. ’The FDA is broken and Congress now has the chance to fix it,’
he said.