A drug recently licensed as an aid to smoking cessation could also be used to treat alcohol addiction, US researchers have found. 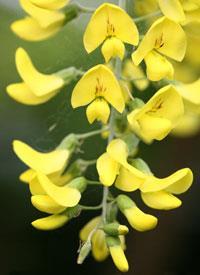 A link between problem drinking and smoking has long been recognised with around 85 per cent of alcoholics also being smokers. But this is the first time that a drug acting on the nicotinic receptor system has been shown to have any impact on drinking behaviour.

2 nicotinic acetylcholine receptor partial agonist varenicline was licensed in the UK in 2006 under the brand name Champix for use as a smoking cessation aid.

It is based on the structure of cytisine, a chemical derived from the plant Laburnum anagyroides, which has been licensed as a smoking cessation treatment for more than 40 years.

Now, using a rat model of alcohol dependency, researchers from   the Ernest Gallo Clinic and Research Center at the University of California San Francisco have shown that the drug also reduces alcohol consumption rates and alcohol seeking behaviour in rats chronically exposed to ethanol.

At the highest dose of 2mg/kg, which is the dose used in people to aid smoking cessation, varenicline cut ethanol intake by more than 50 per cent.

’Drugs on the glutamate and serotonin systems have been thought to be potentially useful for treating alcohol dependence, but I can’t recall any serious consideration given to nicotinic agents before,’ said Ian Stolerman, chair of the Institute of Psychiatry Interdisciplinary Research Group in Addictions, Kings College London, UK. ’But the results show a clear impact of a nicotinic agent on the ethanol intake of animals.’

"The results show a clear impact of a nicotinic agent on the ethanol intake of animals" - Ian Stolerman, Institute of Psychiatry, London, UK

Anne Lingford Hughes, from the Psychopharmacology Unit of the Division of Psychiatry at Bristol University said: ’From a pharmacology point of view this is really interesting and gives us another avenue to explore in understanding the mechanisms involved in addiction.

’And because this drug is already in use, it should be interesting to see what effect, if any, it has on alcohol misuse in people taking it to give up smoking.’

Stamping out addiction can still be rewarding

The study also indicated that targeting the nicotinic system could be more effective against alcohol abuse than other previously tested approaches.

Rats given the drug were less likely to seek out alcohol, but no less likely than controls to seek out sucrose. This implies that the drug selectively reduced the sensations of reward associated with alcohol without reducing the reward from natural sources.

’The selectivity of the effect points to the fact that this drug is working in the area of the brain where activity is related specifically to addiction,’ said lead researcher Selena Bartlett from the Ernest Gallo Clinic and Research Center at the University of California San Francisco, US.

’So it could theoretically be used to treat other addictions as well.’