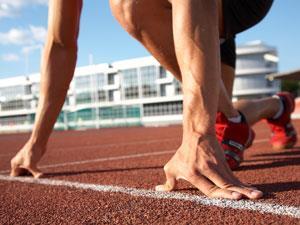 A new technique that increases the sensitivity of mass spectrometry could make it harder for athletes to cheat, by identifying minute traces of banned drug metabolites in urine that would otherwise go undetected.

The US team that developed paired ion electrospray ionisation (PIESI) say it can make existing drug detection methods up to a thousand times more sensitive, and can also be used to monitor environmental pollutants or medical biomarkers.

Mass spectrometry is a go-to method for detecting dopants in the blood or urine of athletes. But many banned substances, such as amphetamines, are rapidly broken down and excreted, so by the time a sample is taken the metabolite concentrations are too low to be detected. ‘If the method is more sensitive, you have a longer time window to detect these substances,’ says Daniel Armstrong from the University Texas at Arlington, who was speaking at the 247th ACS National Meeting & Exposition in Dallas, US.

The PIESI technique Armstrong and his group developed involves mixing a positively charged reagent with the negatively charged analyte sample before it is sprayed into the mass spectrometer. The PIESI reagents themselves are fluoride salts with two positively charged ends linked by a flexible ‘bridge’, and they increase the test sensitivity in two ways, explains Armstrong. ‘When the +2 PIESI reagent and the –1 analyte are mixed together they complex and you go from negative mode to positive mode which is much more sensitive,’ he says. ‘Also, when you add the mass of the analyte to the mass of the PIESI reagent you get a higher molecular mass complex so there is less noise.’

The group showed using PIESI enabled metabolites from several performance enhancing drugs, including steroids and amphetamines, to be detected at very low concentrations, in some cases in the parts per billion range. This is a thousand times more sensitive that existing methods, and could be easily adopted at drug testing labs.

‘The nice thing about it is you don’t need a new instrument, it works on any electrospray mass spectrometer,’ says Armstrong. The PIESI reagents are already commercially available.

Although this is the first demonstration of drug detection, PIESI is already being used in some labs to detect environmental pollutants, and could also be used to detect disease biomarkers. ‘It’s a simple technique,’ says Chengdong Xu, a student in Armstrong’s lab who was part of the team that developed PIESI, ‘but it has the potential to be extremely useful.’