A new genetic test could predict which patients will benefit from treatment, and which will suffer side effects

The response of patients suffering from hepatitis C virus (HCV) to treatment is notoriously unpredictable, with the standard therapy (a combination of interferon with the antiviral drug ribavirin) causing unpleasant side-effects and proving ineffective in many patients.A finding by David Goldstein and his group at Duke University in the US may make it possible to predict which patients are likely to benefit from the drugs, and which will probably suffer the nasty side-effects without much chance of success.

The scientists found a genetic variation, known as a polymorph, near the gene that codes for interferon-[lambda]-3 that can make patients twice as likely to respond to standard HCV therapy than those without the variant sequence. It is more common in people of European descent than those of African heritage, which tallies with the observation that treatment works better in white people than in the black population. 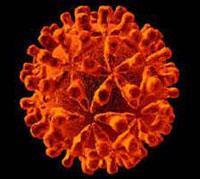 ’Clinicians will now be able to decide whether the treatment is likely to be successful,’ says Dongliang Ge, one of the Duke team. ’This may increase patient compliance as they will know at the beginning of the treatment whether they are likely to benefit and be cured. Our finding won’t deny anyone treatment - it just provides an opportunity for them to decide what their best options are.’

Ge says it is easy to screen patients to see if they have the polymorph - it would be simple for a doctor to send a sample to a lab, where results could be fairly quickly obtained so a decision on treatment could be made.

The research was funded by Schering-Plough, which make one of the forms of interferon used in standard therapy, Pegintron (Roche make the other, Pegasys), and they have filed a patent application on this work. According to Ge, Schering-Plough’s willingness to develop a diagnostic test, or licence the finding to a diagnostics company, will determine whether it finds widespread use in future clinical trials.

The lack of response to standard HCV treatment in many patients is a real problem, according to Geoff Dusheiko of the centre for hepatology at University College London, UK. ’For patients with genotype 1 of the virus, you get about 45 per cent sustained biological response rate, genotypes 2 and 3 are more responsive, but it’s a growing problem as we are now finding in our clinics substantial numbers of patients who have been treated but who have not responded,’ he says.

The implications for future HCV treatment are as yet unknown. Several other drugs are in development, most notably the protease inhibitors telaprevir from Vertex, and boceprevir from Schering-Plough. ’Protease inhibitors alone are insufficient to clear HCV - they require the additive effect of the interferon and, quite probably, ribavirin,’ Dusheiko says. ’Sensitivity to interferon will still play a pivotal role in responsiveness to protease inhibitors, so if this gene determines sensitivity to interferon it may be able to predict who is more likely to respond to a protease, and who may not respond to interferon and might then get resistance to the new proteases.’