The natural approach to winning at drug discovery

High throughput drug screening is often described as a casino, with the odds stacked on the side of success as long as a big enough library is used. A US-based team have now calculated these odds, and have suggested ways to stack them further by adding even more natural products to screening libraries - especially for new unexplored biological targets.

High throughput screening - where a library of up to 2 million molecules are screened against a biological target - is the main method for finding lead compounds in pharmaceutical research. Although this technique has been around since the 1980s, because of the long lead time in drug development it is only now that its impact on drug discovery is being seen. ’There are only two drugs on the market right now that you can definitively say have come from high throughput screening, both kinase inhibitors,’ says Brian Shoichet, University of California, San Francisco, the lead researcher on this project. ’On the other hand a lot of the compounds that are in clinical trials come from high throughput screening,’ he adds.

To carry out their calculations the researchers needed an unbiased data set and for this they relied on earlier work that listed 26 million synthetically accessible compounds that could be made containing 11 or less non-hydrogen atoms, composed of carbon, nitrogen, oxygen and fluorine. They then compared the compounds that are commercially available to this unbiased random chemical space. ’We wanted to work out how much more similar they are to natural products or metabolites than the random set. So we measured it, and we quantified it, and found out they are 1000 times more similar,’ says Shoichet. And this is just for 11 atoms. ’Drug like molecules are more like 35 atoms, so there would be massively more bias still,’ he adds. 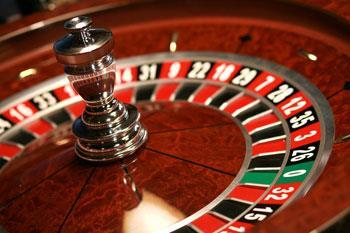 Stacking the odds in favour of success

This bias exists because for 200 years organic chemists have been making molecules that mimic nature, says Shoichet. ’So the libraries look pretty natural product like. It wasn’t by design, it’s just lucky,’ he adds.

And it is this bias that has led to the success of previous high throughput screens, he continues. ’Given the number of drug-like molecules thought possible, such screens might never succeed if it wasn’t for this bias.’

The team then considered what kinds of compounds currently missing from these libraries should be added to increase the odds of success. This is especially important for new biological targets, explains Shoichet. ’For old targets you often have good lead matter already, you pretty much know what an agonist should look like. For new targets they often don’t have the right stuff in the library. Especially for new genomic targets where there is no ligand president. And all of a sudden your hit rate really goes through the floor.’ 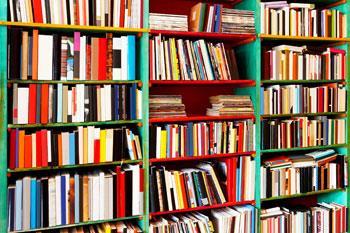 Making the libraries bigger and better

’Our argument is that the way to do it is to bias it even more towards natural product like molecules or metabolites. Not that they are necessarily going to be the best thing for these targets but they are the only handle we have,’ explains Shoichet. ’83 per cent of the core ring scaffolds present among natural products are simply absent among commercially available molecules,’ he adds.

David Spring, an academic working on diversity orientated synthesis at the University of Cambridge, UK, describes this work as thought-provoking. ’What is interesting about this paper is that it specifically identifies scaffolds which do not appear to be in commercial libraries,’ he says, ’and it gives lots of ideas to commercial library suppliers of what they should be looking at.’

Derek Lowe,  US medicinal chemist and Chemistry World’s ’In the pipeline’ columnist, agrees that screening libraries need more of the small polar compounds Shoichet’s team are suggesting. ’The reason why these compounds are not in our screening files is because making them cleanly and synthetically is a real challenge. That said, there are already some companies that are trying to make a living by providing chemical scaffolds that other suppliers don’t have.’

John Harris, advisor and independent consultant, BioFocus DPI, Saffron Walden, UK - a company that sell compound libraries and provide screening services - described this paper as a useful reminder that we need to always be thinking about more challenging areas of chemistry within the overall drug space.  ’You don’t want to make lots of different types of molecules that are likely to be outside of drug space. But what does make sense is to make more variations within the area of drug space and a very good way of doing that is looking at the relationship of synthetic molecules and natural products.’   Harris adds that the general idea is not new, and that BioFocus DPI, and other companies, are already making more natural product like materials for use in drug screens.