To catch a cheating athlete

Chemists will be behind the scenes at the Vancouver Winter Olympics this month, working hard to catch athletes boosting their performance by illicit means

As the athletes take centre stage at the Vancouver 2010 Winter Olympics and Paralympic Winter Games this month, chemists will be hard at work behind the scenes to catch athletes looking to win by taking drugs or blood products to artificially boost their performance during the competition.

Doping is as old as the games - the ancient Greeks ate special diets and potions to enhance their athletic prowess - but over time, the practice has become considerably more sophisticated. Sports authorities began introducing drug testing in the 1970s and today, a variety of techniques exist in specialised anti-doping laboratories to catch a myriad of performance-enhancing products.

Doping in the modern world

The range of drugs that can potentially be abused is mind-boggling. Christiane Ayotte, a sports-doping expert at the National Institute of Scientific Research in Canada, is heading the doping control laboratory during the Vancouver games. She says that even if a drug is revealed by the authorities as being abused, it doesn’t disappear from the roster of performance-enhancing substances. For example, Canadian sprinter Ben Johnson’s spectacular downfall from sports glory in 1988 was triggered when stanozolol, an anabolic steroid, was found in his urine sample. But stanozolol continues to be detected today in some cheating athletes. ’There is a basic arsenal to which more and more substances are being added but no drug is disappearing, except perhaps the narcotics,’ says Ayotte.

Along with the anabolic steroids, testosterone and erythropoietin (EPO) continue to be abused. They are ’the two mainstay drugs and have been for 30 years,’ says Don Catlin, a pioneer in the world of anti-doping testing and a founder of the non-profit organisation, Anti-Doping Research. ’With EPO, you can deliver more oxygen to the cells and get better performance. That cuts across all fields of sports. Testosterone, being the main androgen for men and women, is a powerful drug, and if you can figure out a way to get it into [your] system and not trip the alarms, you can be a winner.’

Mass spectrometry (MS), in several forms, is the main workhorse in anti-doping laboratories. Samples are generally first screened to look for the tell-tale peaks in the spectra of most of the abused drugs.

However, with the greater sensitivity of new instruments, comes some unexpected consequences. ’We now detect very minute traces of substances that we believe can be related to pure contamination and not active abuse,’ says Rabin. ’Take cocaine, for example. We can reach levels of detection of cocaine that are so low that they could be related to unintentional exposure by someone just by touching a few notes of contaminated paper money and putting their fingers in their mouth.’

For EPO, the standard detection method is an isoelectric focusing test developed in 2000 by a team at the French National Anti-Doping Laboratory headed by Fran?oise Lasne.1 Synthetic and natural EPO differ in their glycosylation and carry different types of sugars in their chains. The differences in the sugar chains make synthetic and natural EPO migrate to different positions on a gel and produce different sets of bands. 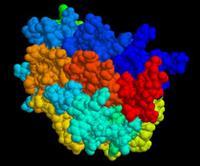 EPO - a challenge for anti-doping authorities

But the method can only detect synthetic EPO if the athlete is tested within a few days of taking the drug and is ’extraordinarily difficult’ says Catlin. ’It takes three days to do. You have to be exceedingly careful and meticulous. If everything goes well, the test works. But compare that to the ease of shooting a mixture into a mass spectrometer and seeing a spectrum. That’s where the problems really lie with EPO.’

Because the detection of EPO by isoelectric focusing is so cumbersome and expensive, not all samples are tested for EPO, explains Ayotte. The cheaters hope not to get found out - ’it’s always a cat-and-mouse game,’ she says.

The cat-and-mouse description is indeed accurate. Because the stakes are so high in winning a high-profile competition, the sports authorities and the cheating athletes are locked in an ever-evolving battle: as investigators in the anti-doping laboratories develop better techniques to catch drugs, cheating athletes figure out ways to dodge detection. For this reason, Ayotte says 2000 athletes will be tested at the Vancouver Games, that’s 30 per cent more testing than in the previous Winter Games.

The increased pressure on testing is occurring because authorities know that cheating athletes are taking more extreme measures, even during the off-season when they are not competing. ’We know from anecdotal evidence and reports that athletes dope around Christmas time in order to get the benefits during the competing season,’ notes Ayotte.

An example is blood doping, where cheaters increase their haemoglobin count by taking drugs during the off-season. They withdraw the blood that’s richer in haemoglobin and store it. Then, just before a competition, once the anti-doping inspector leaves with blood samples from the athletes for testing, the cheaters transfuse the stored blood back into their bodies and head out to compete. 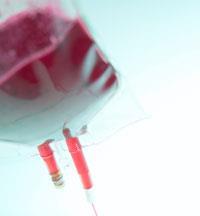 Doping approaches like blood transfusions and ingesting human growth and peptide hormones are vexing for the anti-doping investigators. Distinguishing the naturally occurring substance in the body from that taken from a bottle is difficult. Testosterone is an exception because there is a carbon isotope ratio mass spectrometric analysis that catches the presence of the artificial version based on a skewed carbon-12:carbon-13 ratio. But with most other drugs based on molecules found naturally in the human body, the experts say developing accurate detection methods remains one of their biggest challenges.

Challenges on the horizon

Drugs in the pipeline always have the anti-doping experts on alert. For example, Hematide is an anaemia treatment being developed by Affymax currently in clinical trials in the US. ’The drug circulates in the bloodstream and finds the EPO receptors,’ explains Catlin. ’It sits on them, turns them on, and acts almost like exogenous EPO.’ Investigators are working on a detection method for the drug, but Catlin suspects some cheating athletes are already abusing it.

It’s not just drugs. There are concerns about gene therapy, although experts say they don’t have any evidence yet that athletes are toying around their own genetic material. Rabin explains that one of Wada’s mandates is to anticipate the future of doping in sports and to be more efficient in the fight against it - gene doping is an element of this, he says. 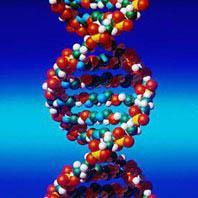 Gene doping could be the cheating athlete’s next stop

Some research groups are exploring ways to spot genetic manipulations. For instance, Maria Minunni and her team at the Universityof Florence in Italy have developed an affinity-based biosensor to identify genes that are artificially inserted into a genome.2 The test is based on the hybridisation of DNA strands taken from a genetically-manipulated sample to single-stranded probes immobilised on a special surface of a quartz crystal microbalance. ’You can see the hybridisation in real time,’ says Minunni. ’There is a shift in the signal, meaning the analyte is binding the surface. [The systems] don’t require any labelling so they are user-friendly and have fast analysis time.’

With support from Wada, Minunni’s team is now trying to convert the sensor from a quartz crystal microbalance system into one that is based on optical detection. ’An optical sensor allows us to detect many different targets so you can move into an array format,’ she explains.

’The problem with this kind of analysis is you don’t know what to look for,’ says Minunni. ’In principle, you have to test for different markers because you really don’t know which kind of promoter or gene has been inserted. You could get negative results because some genetically-modified athletes could use promoters that are not in the list of the ones being tested.’ With an array format with multiple probes, the team could cast their net wide and catch as many possible foreign gene inserts as possible.

The experts are proud of how far they have come in tackling doping in sports. ’If I look today at where we stand, I think a lot has been achieved,’ says Rabin.

But in the same breath, he adds, ’a lot remains to be achieved. I think today one of our biggest challenges is to make sure we can create strong links with the drug agencies and the pharmaceutical and biotechnology companies so we have access to the drugs with doping potential sufficiently ahead of time to establish the detection methods.’

Rabin and the other anti-doping experts, well aware that some athletes are always looking to get ahead of them, are not ones to rest on their laurels. As Rabin says, ’the race is still on.’