Traditionally, wastewater treatment methods have focused on removing pathogens, organic carbon, nitrogen and other nutrients that would otherwise enable harmful bacteria to thrive and enter water courses. However, in recent years, studies have revealed that small amounts of chemicals, including pharmaceutical compounds and endocrine disruptors, are present in wastewater and remain even after treatment.

The worry is that these micropollutant chemicals pose a danger to humans, as well as aquatic organisms and their habitats. The problem is that no one quite knows how much of a risk, if any, that low concentrations of pharmaceutical compounds in water pose. Furthermore, it is not certain where the majority of these chemicals in sewers come from, but it is thought that hospitals are a strong contender for a significant proportion. 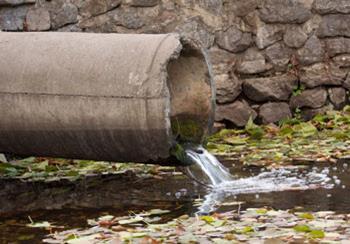 Hospital wastewater can contain a cocktail of pharmaceuticals

Owing to the uncertainties, the EU set up a collaborative research initiative called PILLS to investigate pharmaceuticals in wastewater and researchers have been investigating how to deal with these compounds. One idea is to treat wastewater at their source, such as hospitals, and last year a pilot study of an MBR installed at a German hospital revealed it could remove four out of nine identified micropollutants.

Now, building on this work, Lubomira Kovalova and colleagues at the Swiss Federal Institute of Aquatic Science and Technology in Duebendorf have conducted the most detailed study to date, analysing 68 compounds over the course of a year going through a pilot-scale MBR at a Swiss hospital. They found that the MBR can eliminate some micropollutants and that MBR biology is not disrupted by antibiotics and detergents.

’We wanted to measure the concentrations of the pharmaceuticals in the wastewater, and then we wanted to measure them after the treatment to see how much was removed,’ says Kovalova.  ’There are no studies for so many pharmaceutical compounds so it was new to find out what is actually in hospital wastewater.’ Among the chemicals the team found were antibiotics, anaesthetics, analgesics and iodinated x-ray contrast media (ICM).

This latter chemical comprised 82% of the total load and is notoriously difficult to remove. This meant that overall only 22% of micropollutants were eliminated. But when only pharmaceuticals and metabolites without ICM are considered, 90% were eliminated.

’This paper has demonstrated that a properly designed and operated MBR can be an effective treatment solution for many trace chemicals in hospital wastewater,’ says Stuart Khan who investigates wastewater at the University of New South Wales in Sydney, Australia. ’This indicates that some of these chemicals may indeed be partially managed by onsite treatment prior to discharge to the sewers.’

But Kovalova acknowledges that MBRs in hospitals only offer one part of the solution. ’Installing a bioreactor is a good idea but it doesn’t solve the complete problem,’ she says, suggesting that alternative treatments would be required beyond the MBR treatment.

Khan agrees. ’It is not surprising to observe that some chemicals, such as the iodinated contrast media were not well removed during MBR treatment,’ he says. ’These chemicals are known to be very stable and difficult to biodegrade. Additional advanced treatment processes, applied subsequent to conventional wastewater treatment are generally required for effective removal of these highly recalcitrant organic chemicals.’