Chemicals in mango peel prevent fat accumulating in the body 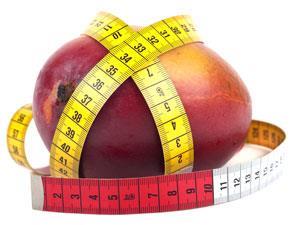 Researchers in Australia have found that chemicals in the peel, but not the flesh, of certain mango varieties prevent the formation of fat cells.

Obesity is a global issue linked with many complex health problems including diabetes, heart disease and cancer. Fatty (adipose) tissue is produced in the body by increases in the number of fat cells (adipocytes) and increased lipid content in those cells. Adipocytes develop via adipogenesis, a process involving the development of pre-adipocyte cells and lipid accumulation. By disrupting this process, it is possible to reduce fat accumulation in the body.

Tropical fruits contain different quantities and mixtures of different phytochemicals (chemicals found naturally in plants), some of which have been shown to inhibit adipogenesis. As mango is rich in phytochemicals and popular in both developed and developing countries, the researchers at the University of Queensland chose to study the ability of three varieties of mangoes to inhibit adipogenesis. They also compared the yellow flesh to the peel.

The team found that the peel of two varieties - Irwin and Nam Doc Mai - successfully inhibited adipogenesis. 'A complex interplay of bioactive compounds unique to each peel extract is likely responsible for the differences, rather than just a single component,' explains Greg Monteith, who led the team. Oddly, the peel from the third variety, Kensington Pride, caused a slight increase. The researchers 'identified phytochemicals unique only to Kensington Pride peel, which may explain the increase in lipid accumulation'.  The flesh of all three varieties failed to give an inhibitory effect. This is again because of the different phytochemical compositions of the flesh and peel.

Srujana Rayalam, an expert in anti-obesity pharmaceuticals at the University of Georgia, US, comments that 'mango peel is high in antioxidants compared to the flesh, which is reflected well in the results of this paper'. Rayalam agrees with Monteith that further analysis of the phytochemical composition of the peel and flesh will help to develop food products based on mangoes.

A cautionary side to this research is that such inhibition of adipogenesis may mean larger adipose cells, which can result in the development of type 2 diabetes. In vivo studies will show the benefit these chemicals could have in the treatment of obesity. In the long term, Monteith's team would like to understand what genes are important in creating the different phytochemical compositions of the mangoes.