The UK faces a ’significant’ risk of researchers abandoning its shores and long-term damage to the science base if proposed funding cuts go ahead, according to new evidence from vice chancellors of six leading universities.

Lord Krebs, chair of the House of Lords science and technology select committee, contacted senior academics at University College London, Imperial College London and the Universities of Cambridge, Oxford, Manchester and Edinburgh in response to a request from science minister David Willetts to provide evidence that cuts to the science budget would damage the UK’s ability to attract and retain top academic talent.

Reductions in the science budget of up to 25 per cent are expected when the conclusions of the government’s comprehensive spending review are announced next month. 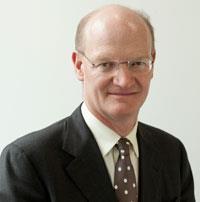 Achieving academic excellence requires research teams drawn from an international pool of talent, Lord Krebs said in a letter to the science minister, highlighting that non-UK citizens currently make up more than 40 per cent of the doctoral population in the UK.

The university heads provided examples of staff shunning the UK for more attractive research positions and pay packages abroad, and problems attracting high quality researchers from outside the UK.

’The government asked for evidence of impact, and now they have it,’ Imran Khan, director of the Campaign for Science and Engineering, told Chemistry World. ’I’d certainly hope they pay close attention to the heads of six of the country’s biggest research institutions.’

To rub salt into the wound, this week US vice president Joe Biden and White House science adviser John Holdren met with the presidents of six leading US universities to discuss the scientific advances made possible by the American Recovery and Reinvestment Act 2009, which ploughed $21.5 billion (?13.7 billion) into scientific research, equipment and science-related construction projects.

’The money represented an historic infusion of funding for research. It was also an affirmation of the essential role scientific inquiry and discovery play in both short-term recovery and long-term economic growth,’ said a statement from ScienceWorksForUs, an initiative of the Association of American Universities, the Association of Public and Land-grant Universities and the Science Coalition in the US. ’No other event in recent history has had a similarly positive impact on basic research in the US.’

Lord Krebs’ tells Willetts in his letter that the evidence provided from the UK’s leading universities is ’a warning against complacency’ and invites the government to say what steps they are taking to identify the impact of the proposed cuts on the recruitment and retention of high quality researchers in the UK.

’Research, technology and innovation will play a key role in rebalancing the economy and we want science to emerge from these tough economic times to be strong, sustainable and effective,’ a spokesperson from the UK Department of Business, Innovation and Skills told Chemistry World.

’Public spending on science, just like everything else has to stand up to rigorous economic scrutiny. In these austere times, the public should expect nothing less.’