In deciding to shut down the Forensic Science Service (FSS), the UK government gave insufficient consideration to the impact on forensic science R&D, according to an independent government report.

In December 2010, the UK government said it would ’support the wind down’ of the FSS, a government owned company that provides services to police forces and other organisations, by March 2012. The government cited operating losses of ?2 million per month and a predicted decrease in the size of the market for forensic services. 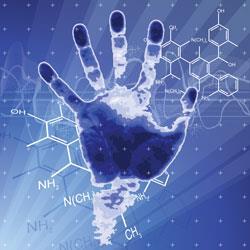 But the Science and Technology Committee report says this decision was based on too little evidence. It recommends that the government extend the deadline by at least six months to ensure smooth transition of work to the private sector. The FSS currently represents 60 per cent of the UK market for forensic services.

The FSS typically spends ?4 million per year on R&D. LGC Forensics, the largest private forensic science company in the UK, representing 20 per cent of the UK market, told the committee it spends 5-10 per cent of sales on R&D. But the committee concluded that it is ’probably unreasonable’ to expect private companies to increase investment in forensic science R&D, particularly fundamental work.

Meanwhile, it heard evidence from academics, including Jim Fraser at the University of Strathclyde and Alec Jeffreys at the University of Leicester, who lamented the poor status of the area. Indeed, Research Councils UK (RCUK) told the committee that research councils ’do not currently support forensic science research as a strategic priority’. Fraser said that ’the word "forensic" is mentioned in the last five annual reports of RCUK on two occasions, and there is virtually no funding’. Jeffreys said for some academics, research had to be ’paid for on the back of casework income’.

The committee considered the option of keeping the FSS with a reduced mandate covering R&D, training, quality standards and the maintenance of forensic archives. But it was ’not convinced that the separation of research and service provision would be the ideal outcome for the FSS’.

The Chief Scientific Adviser to the Home Office, Bernard Silverman, was singled out for especially stern criticism. The report described his ’satisfaction’ with being excluded from the decision-making process and failure to challenge the result as ’unacceptable’. Committee chair Andrew Miller MP said that this ’raises questions about his effectiveness in the Home Office’. The report also cited an ’ongoing weak scientific culture’ at the Home Office.

’We now call on the government to stabilise the market, curbing police in-sourcing, and come up with a sensible strategy for forensic science research and provision in England and Wales,’ said Miller.

The FSS employs 1300 scientists. An online petition to halt the closure has accrued 27,500 signatures since its creation in January.

The RSC supported the proposed extension of the deadline and the call for a research budget for forensic science. ’As more work is done in-house, there is a real risk that, under the pressure of police funding cuts, lower quality analytical work in unaccredited facilities could lead to unsafe prosecutions and an unacceptable erosion of public trust in forensic evidence,’ said Robert Parker, RSC chief executive.