Funding cuts to universities across Europe as a result of the economic crisis will impact teaching and research quality for years to come, says report

A new report warns that widespread cuts being made to higher education funding across Europe is likely to impact the quality of European teaching and research for years to come.

The European University Association (EUA) has published its latest report on the effects of the economic crisis on university funding, revealing that while French and German governments have continued to invest in higher education, most other European countries have cut back. 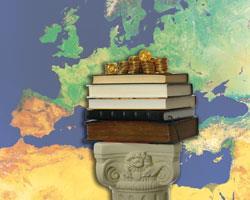 University funding cuts across Europe could have long term implications

Latviahas experienced the most drastic cuts, where an initial cut of 48 per cent at the beginning of 2009 was followed by a further cut of 18 per cent in 2010. Elsewhere, other European governments have discarded previous commitments to increase support for higher education. Funding freezes which backtrack on government promises have been experienced in Belgium and Hungary. Spainand Austria also report that changes in their funding structures will affect their universities’ research capacities.

2.7 billion from 2012 to 2015 to support excellent research and innovation. France has also increased its overall higher education funding by investing almost

The EUA report also notes that governments are increasingly using competitive funding schemes, and moving towards more directed funding to target specific objectives in line with national priorities, a move which could reduce universities’ ability to act autonomously.

Thomas Estermann, who heads the governance unit and led the EUA report, believes that there are still further higher education budget cuts to come across Europe.

’Some countries take a positive view of universities and look to them to lead the economic recovery. However, many countries are not supporting their higher education sector to make this strategy a reality. Many countries will struggle to maintain the same volume of teaching and research at the same quality in the coming years.’