It ain’t what you use, it’s the way that you use it 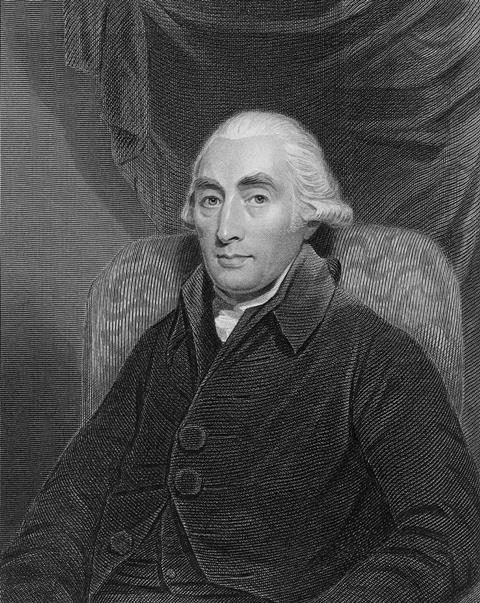 As the pandemic swept away my department’s plans, we pondered how to deliver practicals without labs, and decided to issue our students with a chemistry set. Rather than sending them chemicals, we sent them a box filled with small instruments. We took inspiration from one of the first chemists to make detailed and systematic measurements in the lab, Joseph Black.

Born in Bordeaux, France, the son of a wine merchant, Black was sent to boarding school in Belfast, Ireland at age 12. He then studied in Glasgow, Scotland. By his final year he had become the firm favourite of the Robert Dick Snr., then professor of natural philosophy (i.e. physics). William Cullen, a distinguished medic, took him under his wing. An enthusiastic lecturer, Cullen is sometimes remembered for freezing water by evaporating ether using a vacuum pump. Black became his assistant, doing experiments but also supporting lecture demonstrations that were part of Cullen’s schtick. Relations with his mentor became so close that Black would later write that Cullen ‘treated him with the same confidence and friendship … as if I had been one of his children’.

Black aspired to practise medicine and moved to Edinburgh in 1752. Casting about for a thesis topic, he chose to investigate kidney stones, which chemical analysis had linked to lime (calcium and its salts). Black initially thought of investigating lime water, but he had second thoughts when he became aware of a fierce dispute between two Edinburgh professors over its action. Instead, he chose a related problem: the behaviour of ‘magnesia alba’ – also known as magnesium carbonate.

Reading his work, one enters a different, pre-SI world

He began by treating the material with acids, observing the ‘ebullition’ and isolating the products. With sulfuric acid he got Epsom salts, while with ‘muriatic acid’ (HCl) he obtained a salt that deliquesced over time. Central to Black’s investigations was the use of a balance, something he probably learned from his contemporary Andreas Marggraf, whose textbook he had read and whom he described as an ‘exceedingly accurate and judicious chymist’. Black weighed his starting materials and products carefully. Reading his work, one enters a different, pre-SI world: ‘Two drams of magnesia … were treated with three drams, one scruple and seven grains of the acid liquor and lost one scruple and sixteen grains by the ebullition’.

When he calcined magnesia alba in his small furnace (his own design, based on earlier descriptions by Herman Boerhaave) the substance lost weight, an observation that Black concluded was due to the loss of an ‘air’, like in the effervescence. To his surprise, the residue of the calcination dissolved in acid to give the same products.

But the ‘air’ was interesting: it extinguished a candle flame and killed birds in seconds; it was present in his breath and in ordinary air. Careful experiments showed that it caused limewater to go cloudy and reacted with different alkalis. ‘To this I have given the name fixed air, and perhaps quite improperly; but I thought it better to use a word already known in philosophy than to invent a new name’. Thus was carbon dioxide the first atmospheric gas to be isolated and characterised.

It is sometimes said that Black invented the analytical balance, yet he made no explicit mention of a particular balance in either his papers or lectures. ‘Black’s balance’, an elegant twin pan balance dating from around 1760 that can be seen in the National Museum of Scotland, is not very different from those used by assayers and pharmacists of the time. What was different was Black’s use of weight to probe a chemical reaction. His observations are some of the first real quantitative measurements in chemistry, ones that were widely read and hugely influential, not least on Antoine Lavoisier, who later in the century commissioned an exquisitely sensitive balance from Nicolas Fortin to prove the conservation of mass.

Black’s approach to measurement is illustrated by a letter he wrote in 1790 where he described a small improvised balance fashioned from narrow lath of fir a foot long, marked at intervals in pencil, with a steel needle as a pivot. A rectangle of brass bent into a U-shape served as the support. Loops of metal of known weight could be slid along the rod to weigh an item placed at the other end. With it he said he could weigh 1/1200 of a grain (50mg).

Black’s sketch of his scale, from a letter to chemist James Smithson that describes how to weigh ‘small globules of metals, or the like’

When Black moved back to Glasgow, his interests shifted to heat, perhaps inspired by Cullen’s cooling experiment. Once more, he harnessed a known instrument, Fahrenheit’s thermometer, and showed that temperature could provide a direct measure of heat flow. Mixing known quantities of water at different temperatures showed heat flow and temperature to be continuous. He then established the relative heat capacities of water and several metals, and also observed that while water cooled, the ice melting in it stayed at a steady 32˚F. He attributed the heat flow to the ‘latent’ heat of ice. He measured both latent heats of water, in relation to its heat capacity. While he never published these ideas, latent heat was central to his lectures, and his discussions with James Watt had a major impact on the development of the steam engine.

Without realising it, our students used instruments in their kits to retrace some of Black’s experiments, making some of his same measurements. And the deepest lesson we can learn from Black is that if you can measure one chemical or reaction, you can measure them all.