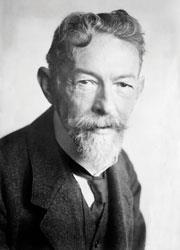 There is, I contend, more than a little magic in some of what we do. Drop some salt into water and it dissolves, vanishing from sight. Careful cooling or evaporation will miraculously restore the material to view, strangely unaltered by its travels. This riddle leads deep into the heart of matter.

Already in the early 1600s, the alchemist Daniel Sennert was asking questions. Dissolving silver out of its alloy with gold using nitric acid, Sennert passed the solution through the finest filters he had. When he found he could recover ’the purest silver by fusion’ he concluded that there must be ’innumerable atoms’. Robert Boyle, who read Sennert on the advice of his mentor George Starkey, later trumpeted the idea in the Sceptical chymist, carelessly omitting to mention the source of his inspiration.

Yet the world is not quite so simple. Thomas Graham, the second professor of chemistry at University College, London (before it lost its comma) began to realise that some solutions were different: while the suspended material did not precipitate, it could not pass through parchment filters. With diffusion rates much slower than normal, Graham suggested these peculiar solutions must consist of larger particles, inventing the terms ’sol’ and ’colloid’ to describe them. They came in a bewildering variety of compositions, seemingly linked only by their tendency to remain suspended, and frustrated all attempts to characterise them. One classical technique after another either failed, or gave results in direct contradiction to another. The question was whether one might actually see the particles. How could it be done?

Richard Zsigmondy was born into a well to do family of Hungarian extraction in Vienna, Austria. His father – a well known dentist who was widely respected, both for his academic work and his innovations – encouraged his children in their interest in natural science. His mother encouraged outdoor pursuits. Richard’s elder brother Emil became a brilliant climber, while his younger brother Karl became a mathematician. By the time his father died, when Richard was 15, he already had a well-equipped home chemistry laboratory and was working his way methodically through a number of textbooks. He learned quantitative analysis at the University of Vienna’s medical faculty and continued his chemical studies at the Vienna Technical College. Moving to Germany in 1889, he took a doctorate in organic chemistry in Munich, then moved to Berlin where he was assistant to the brilliant experimental physicist August Kundt (inventor of the famous powder-filled tube used to demonstrate acoustic standing waves, and who had established the monatomic nature of mercury). By 1893 Zsigmondy had returned to Austria to an academic position in Graz where, as a young lecturer, he began to investigate coloured glass and glazes, especially the legendary Purple of Cassius, the gold-based glass pigment used by the Romans.

The sols polarised and coloured light in peculiar ways, and Zsigmondy used a microscope to measure their absorption. What began as a collaboration with the Schott Glass company in Jena soon resulted in a job offer. Zsigmondy left academia, but continued his research. Noticing that apparently clear solutions caused beams of light to disperse into cones inspired Zsigmondy to look at his solutions through the microscope in a new way. Rather than illuminating them from below, he brought the light in at right angles. To his delight, his field of view was speckled with dancing points of light. Working quickly he drew on expertise at Schott’s partner company, Carl Zeiss. With Henry Siedentopf, an optical physicist, he formalised the device using a pair of fine slits to bring carefully collimated beams of light onto the sample. By counting the number of jittering particles in a given volume, they could calculate their size, realising that they could see particles 100,000 times smaller than the resolving limit that had been established by Ernst Abbe, the brains at the top of Zeiss (see Chemistry World, November 2008, p67). But Abbe’s limit only referred to the ability to distinguish two objects – scattering by single objects was another matter. Their joint paper of 1902 was a bombshell that took science by storm. 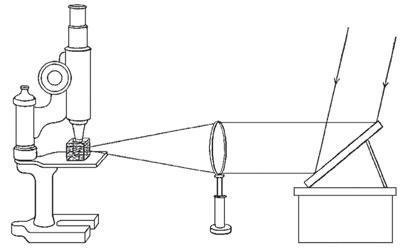 Illuminating colloidal particles from the side scatters light, making them visible

After three years, Zsigmondy had had enough of industry and set himself up as an independent scientist working from home, remaining in close contact with his friends at Schott and Zeiss. He returned to academia at Göttingen where he further improved his microscope and developed ultrafiltration.

But Zsigmondy’s invention would do far more than simply unravel the mysteries of colloids. Within five years, Jean Perrin used it to plot the movement of the particles. Combined with Marian Smoluchowski and Albert Einstein’s statistical descriptions of Brownian motion, he would prove beyond any doubt the reality of Sennert’s atoms. Zsigmondy was awarded the Nobel prize for chemistry in 1925, while the following year Perrin won the physics Nobel and Theodor Svedberg took the chemistry prize for separating large molecules and colloids by ultracentrifugation.

The ultramicroscope, meanwhile, grew steadily and would transform into the dynamic light scattering analyser that today’s nanochemists use to count and measure the size of particles, while physicists find ever more ingenious ways to do molecular imaging with visible light.

But for all that clever science, dissolve something and watch it vanish. It is a superior form of magic.