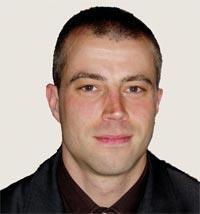 Tasked with giving a career talk to undergraduates and postgraduates extolling the virtues of an academic career path, I raised these concerns with politicians at the Voice of the future event at Westminster earlier this year. I asked the parliamentary select committee for science and technology at the meeting for their comments.

The general consensus was that academic research will not bring great financial rewards, that the route to get there is plagued by the aforementioned problems, but that the people with the necessary passion and drive for research will nevertheless have to make the best of it. Essentially they will do the job for the love of it.

Evan Harris, Liberal Democrat spokesperson for science, did acknowledge that the issue of short-term contracts had been known for some time. I’m aware of this. Four years ago I took part in the Royal Society MP-scientist pairing scheme when this very issue was brought up at an RSC parliamentary affairs committee meeting. The MPs present that day advocated a five-year contract for postdoctoral workers, but ironically the idea was not met with enthusiasm by some academics, who voiced concern over the costs.

Perhaps the situation is not helped by a generation gap. In the past it seems that prior to an academic appointment, one might spend a couple of years learning the trade before the step up. This is certainly not the case now.

The shortage of academic positions has created a frenzied competition among postgraduate and postdoctoral workers who, in addition to their routine duties, are obliged to write numerous and often lengthy research proposals and any number of job application letters. Has anyone calculated how many hours are wasted as a result of those looking justifiably for their next income?

At the careers event at which I was speaking, I listened as a recruitment agency and a pharmaceutical company set out to seduce the next generation of chemists into a career outside academia. With the salary figures being bandied around, I momentarily questioned whether it was time for me to jump ship too. Seriously, I wondered, how exactly do you ’sell’ postdoctoral work?

Universities pride themselves on producing a group of graduates with intelligent and independent minds; I clearly had no hope (or inclination) of ’pulling the wool over their eyes’ with the promise of great pay and conditions. I told them they could look forward to an insecure future (the subject of getting a mortgage, anyone?) with 12-24 month contracts common, poor salaries to pay off their accumulated debts, and some serious risks for career progression. For instance, how long exactly, from an industrial point of view, is too long to stay in a postdoctoral post?

Are those postdoctoral workers who have worked in academic research for three or four years incapable of making the transfer across the university/industry divide? Can that really be right?

In support of the rocky academic road, I talked of the benefits of stimulating research, industrial collaborations and the opportunity to work abroad. It was a difficult talk and not particularly inspiring for the audience, or for me, although I was thanked for being honest.

A chemistry degree ought to prepare its graduates for a range of disciplines, and good luck to those who go on to work in finance or industry. Some students who choose the subject don’t wish to work in those environments though; they are motivated by an academic path. Do we really have to treat them so poorly on the way there? Are we saying to aspiring academics that if you dream of developing chemistry to tackle global issues, or if you strive to make the discoveries of tomorrow, you somehow should have to suffer for the privilege? Is this our banner of promise to the best young chemists?