The Inquisition didn’t stop the discovery of something very cool 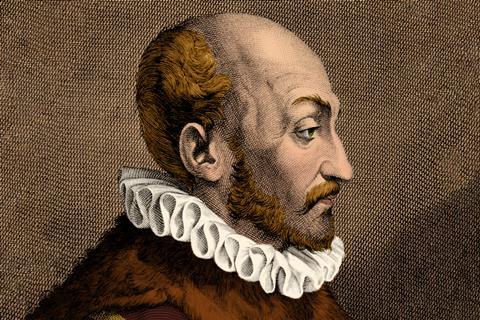 Neapolitan polymath whose interests spanned arts, science and the occult

A few weeks ago I joined my friend and colleague Helen Czerski online to do ‘science’ for children. I made ice cream, cooled by a chemical trick. Having filled a jam jar with some crushed ice, I added a little water and a generous sprinkling of salt. As I stirred the mixture, the temperature plunged ever lower, settling around –11˚C.

Regardless of how many times I have done this the cooling remains magically counterintuitive. How can you add something warm to a cold mixture and cause everything to become colder? It’s a salutary reminder that the twin concepts of temperature and energy are not as straightforward as our senses would have us believe. And how to explain it? In my experience, most people will say that the salt lowers the melting point of the ice. But that is hardly an explanation. After all, how does the solid ice ‘know’ that there is salt nearby? These must have been questions asked by the man who possibly first took temperatures below zero using a salt.

Giambattista (short for Giovanni Battista) Della Porta was born into a wealthy Neapolitan family, referred to as magnifici, the term for members of the wealthy nobility. His date of birth is a little uncertain because Della Porta’s writings leave a trail of confusion, possibly deliberately. He was brought up to be the epitome of the monied young aristocrat. He wore the most fashionable clothes and portraits show a dapper man with an intense gaze. His father was learned and eclectic, and the Della Porta household kept open house for artists, poets, philosophers and scholars of all kinds. As a result Della Porta received a broad humanistic education covering poetry and rhetoric, alchemy, medicine and mathematics. For social reasons – music was a crucial asset in high society – he and his brothers notoriously persisted with music in spite of their almost total tone-deafness.

Della Porta wrote well and imaginatively, and there were plenty of opportunities to attend public lectures by leading doctors and scholars, speakers to whom Della Porta alludes in some of his books. He wrote plays that were well-received. But he also started building himself a laboratory at home, making use of his elder brother’s extensive library and his younger brother’s collection of rocks and minerals. His experiments led to him being accepted into several academies and secret societies, effectively clubs where gentlemen could hang out together to discuss obscure, often occult, topics. In Naples there were dozens of these that flickered in and out of existence around the turn of the 17th century. 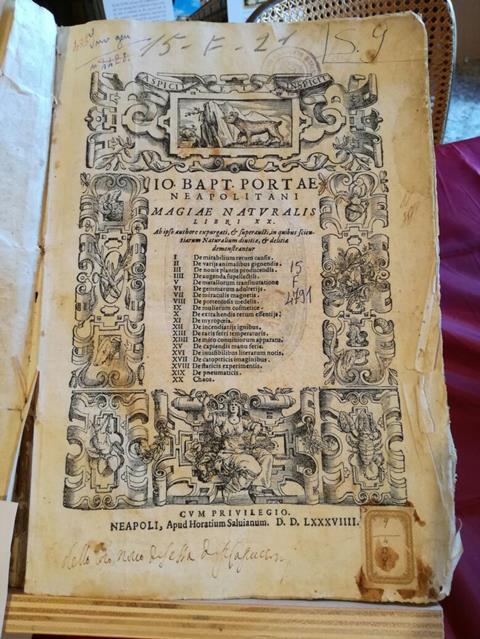 His first book, Magiae Naturalis (On Natural Magic), published in 1558, was a sort of encyclopaedia containing a hodge-podge of popular beliefs, scientific observations, occult practices, herbalism and magic tricks. It helped cement his reputation as a discoverer of ‘secrets’ and the meetings he held in his house came to be known as the ‘Accademia dei Segreti’. His reputation for learning and for witticisms spread.

His next book took him into cryptography. In De Furtivis Literarum Notis (On Secret Writing), in 1563 he presented a new scheme of coding that involved a double key. The technique was so effective that it would be used for three centuries. Della Porta dedicated the work to the King Philip of Spain, Naples then being under Spanish dominion, and presented his sovereign with the book. Even while travelling he was writing plays and this may have led him to write L’Arte del Ricordare, a book of mnemonic tricks, perhaps written to help actors learn their lines. This was followed by books on telescopes (he dubiously claimed to have invented the device before Galileo), human physiognomy and palmistry.

But his gay life of travel, experiment and witty banter came to a screeching halt around 1580 when the Inquisition opened an investigation into his apparent links to magic and the occult. This was in part due to the success of the Magia, but also his success at prophecy and fortune telling that made some people uncomfortable. The details of the investigation remain murky but his links with Cardinal d’Este and with the Papal cryptography unit may have helped his case. Della Porta’s academy was closed down, and he became far more circumspect in his writing. He also made a big show of his piety and charitable works.

But he didn’t stop experimenting, and made a key observation. It had been known for some time that nitre (potassium nitrate) cooled water strongly as it dissolved (the word endothermic was 300 years away). The method was already being used in Italy and Spain to cool drinks in the heat of summer. But it was controversial; as the Romans had also loved cooling their wine, perhaps it might lead to excess and immorality?

Della Porta’s observations are tucked away in the final ‘Caos’ section of the second, expanded edition of Magiae naturalis published in 1589. It is an amazing, sometimes hilarious work, full of surprises – the importance of weighing, parabolic optics, distillation, dogs, lenses, wasps born of horses, secret writing, lie detection and much besides. Della Porta describes mixing snow and nitre: the cooling effect was spectacular and could be used to condense fresh drinking water from the air.

Newton had a copy of the book in his library, and Francis Bacon was probably aware of it when he fatally experimented with preserving chickens in snow in the 1620s.

When Federico Cesi founded the progenitor of Italy’s Academy of Sciences in 1603 he turned to Della Porta both for advice and for the name: the Academy of Lynxes. Della Porta may not have spotted that his cooling method works with any salt. But like a lynx, he had seen further than most.